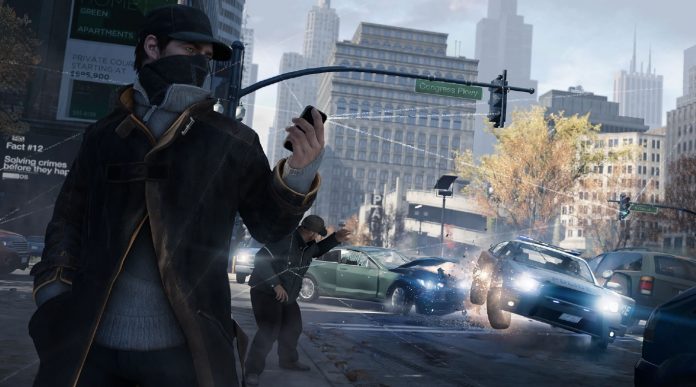 Ubisoft revealed an extensive analysis of 61 feature highlights from a 30 minute gameplay demo of Watch Dogs. This next generation action game promises to amaze players with a brand new gameplay, including an advanced artificial intelligence and a remarkable level of realism. Watch Dogs seems to be an extremely complex and rich title, allowing communications manager Gary Steinman to gather 61 highlights from simply half an hour of gameplay. This article will not focus on the points present on Steinman’s analysis; instead it will evidence what’s truly new on the gameplay of this upcoming game. There are eight major feature groups that can be discussed.

Possibly the greater attraction of Watch Dogs it’s the level of realism that will be incredibly advanced. Obvious things will be executable and natural to perform. For example looting cars, trucks, apartments and even other persons will no longer be a wishful act stuck in the impossible field. Making use of anything to cover is also an exceptional addition to realism. But it doesn’t stop here – the whole world is interactive, connected and interdependent, exactly as real life.

In this stealth based title there is a mist of stealth with action, meaning that violent encounters will be inevitable. But not every breathtaking moment has to necessarily relate to intense fights, for example escaping the police will be one of those extreme moments where adrenaline will rush in. By foot or driving madly in a bike, Aiden will have to trick the law forces innumerous times, speed and stealthy tricks will play a crucial role on achieving a successful escape. 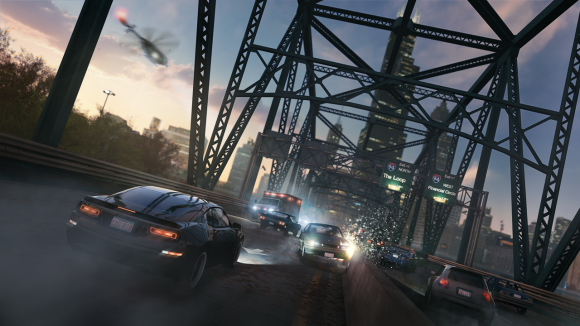 NPCs in Watch Dogs are active, responsive and interactive. If they feel threatened by Aiden’s behavior, they will either run or take cover. If Aiden actually shoots, the crowd will panic and someone will surely call the police, if players can detect the call, they are able to stop it by slapping the phone off of the caller’s hand. Some NPC’s are aware of Aiden’s identity, so attempting to trade with them may result in violent conflicts. Players’ choices will trigger different encounters with non-playable characters as well.

Walls and special cover places are part of the past in Watch Dogs, basically everything can be used as a cover place, cars, wash machines, fences and other unanimated objects serve as perfect shelter in case of emergency. After all, when you’re about to get shoot, you won’t be waiting for a proper wall to take cover; you’ll hide behind anything you can to avoid getting hit.

One of the unique abilities in this game is the capability to hack nearly everything, instead of using brute force Aiden can resort to hacking most of the time. Cellphones, cars, laptops, cameras; what’s technological is hackable and Aiden has no trouble in penetrating the security systems, his skills will develop as the story progresses. Sometimes the hacking function is unavailable for certain NPCs, but it will be enabled later on, when the protagonist becomes more experienced. 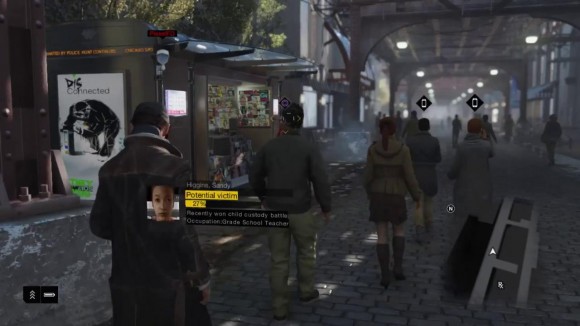 Aiden has several methods to prevent the future from becoming real, first he can hack and access private information, by taking over certain information he can decide if he wishes to stop it. Advanced technologies create new possibilities, the crime prediction system (CPS) is able to detect nearby targets that are about to commit harsh crimes, once again Aiden can decide either to intervene or not.

Guns, all kind of guns will be all over the world of Watch Dogs, as well as hacking devices. Players can upgrade their gear in local stores but they must ensure the anonymity of Aiden’s identity, if the seller recognizes him the trade won’t be successful unless his reputation high enough. It seems that money won’t be much of problem, as hacking is Aiden’s mastery profession, however free items are always welcome aboard. The Focus mode allows Aiden to slow down in time allowing him to instantly react. 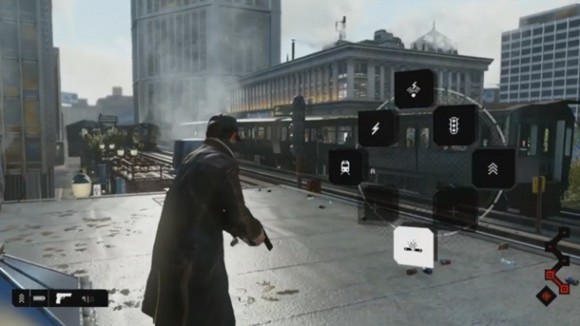 The image that others have of you determine the way they act and behave about and with you, this title will express exactly how reputation can change a whole town’s reaction. Is Aiden accumulates good actions against crime, the local media and the citizens will have a good impression of him and certain behaviors will be unlocked.