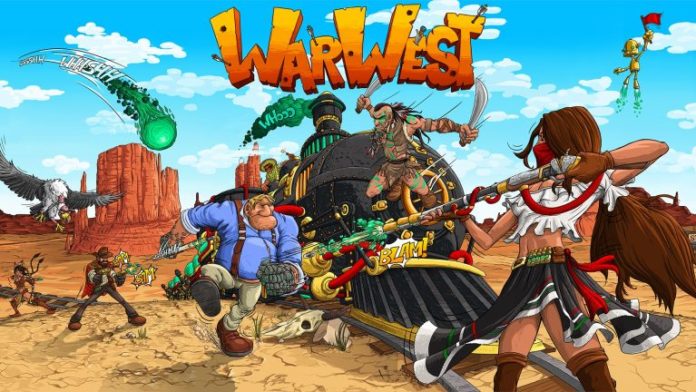 Some strategy games are fun. Sadly, there are plenty of others that are sluggish, slow, and downright boring. Wouldn’t it nice to find a good strategy game that brings a little bang to the picture? If this is something that you’re looking for, you will definitely want to check out WarWest. While the game hasn’t been released just yet, it has already gained a lot of hype. It is one of the most fun strategy games and it could very well become one of the most commercially successful mobile games. Below, you’ll be able to learn more about what WarWest has to offer.

WarWest has been developed by Full Cycle Games. The independent game developer is pretty small. In total, there are ten team members. They’re based out of France. Full Cycle Games was founded in 2016. Since its inception, most of the developer’s time has been spent on WarWest. This game is expected to be released officially in the summer of 2019. It will be available on Android and iOS devices. This is definitely a team that you’ll want to keep an eye on.

Now, you’ll want to learn about the things that set WarWest apart from the masses. One of the most notable is the unique game setting. You’ve seen western games before and you’ve seen those in the steampunk universe. Wouldn’t it be cool to blend these two settings together? Well, Full Cycle Games has done just that with WarWest. The game is incredibly unique for this very reason. Throw in the charming graphics and you’ve got yourself a real hit. When playing this game, you’ll immerse yourself into a western setting with hints of steampunk all around.

There has really never been anything like it before.

So Many Game Modes

A lot of games are limited in one way or another. This is definitely true with mobile games. In fact, it seems like some of those mobile game developers have run out of creativity. Well, the same cannot be said about Full Cycle Games. This is really one of the most innovative and creative developers on the planet. Just take a look at the game modes available in WarWest. You’ll discover that they’re plentiful and far more than what you’re going to get elsewhere.

You can take advantage of many modes, including skirmish, factory, assault, adventure, and more. Each game is going to be different in many ways. Suffice to say, WarWest is not going to become boring after a few games. It will be fresh and exciting every single time.

Another great thing about this game is the numerous maps. Many games require the player to use the same two or three maps over and over again. This is undoubtedly going to become boring and stale quickly. WarWest aims to solve this puzzle by introducing tons of maps. In fact, each game mode has several maps that can be used. And, those maps can be configured as much as you like. For instance, some of the maps are suitable for players who wish to fight other players. Or, you can team up with your friends to take on scary enemies.

The possibilities are endless and so are the maps that you’re going to have access.

It is always best to play alongside your buddies. Nobody wants to play alone. Full Cycle Games understands this wholeheartedly. This is why the developer has gone to great lengths to provide players with a thrilling multiplayer experience. And, it is one that is expansive. It is possible to play with others in various modes, including versus, cooperative, and more. Plus, you’re going to be able to play with a lot of individuals. In the future, new modes will be released that will make it possible to group a maximum of ten players into one game.

Who doesn’t love building their own army? After all, it is tons of fun to see whether or not your creation will be able to overcome everything thrown its way. This is another good thing about WarWest. Unlike the alternatives, this game is going to provide you with tons of customization options. You’ll be able to completely customize your army as you see fit. In fact, you need to be very strategic here. If you choose wrong, you’re not going to have a chance in heck of winning. Choose wisely to ensure that your army will be able to conquer anything and everything they encounter.

A lot of mobile game developers are lacking when it comes to updates. They simply do not release enough and this is definitely a big problem. Full Cycle Games is committed to providing the player with the best experience possible. This is why the development team behind WarWest is going to work diligently to ensure that new updates are available on a regular basis. Just imagine the possibilities. WarWest is a pretty impressive piece of work right now and it is far from over. It will indeed by very exciting to see what the team will conjure up next.

Plus, those updates will help keep the game fresh, stable, and fun.

Get In On The Fun

There has never been a better time to get in on the fun. WarWest will be a revolutionary strategy game. If you’re a fan of fun strategy games, this is one that you’ll want to check out. You’re not going to be disappointed at all. Remember that the game is scheduled to be released in summer of 2019. That is right around the corner. Buckle your seat belt and prepare to build an army that can conquer all. The game will be available on iOS and Android devices, making it accessible to all.