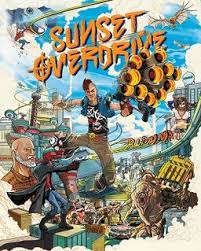 Sunset Overdrive has to make do with second place in the UK All Formats Chart as FIFA 15 extends its streak at the top to six weeks.

Minecraft: PlayStation Edition slips down one place to third, as does The Evil Within, which finds itself in fourth.

In fifth this week is WWE 2K15, which enjoys its release on the Xbox 360 and PS3. The Xbox One and PS4 versions due out in just over two weeks’ time so should get a boost up the charts then.

Destiny drops down to sixth this week as Forza Horizon 2 climbs up to seventh.

Middle-earth: Shadow of Mordor drops three places to eighth, with Skylanders Trap Team rising a place to ninth.
Returning to the Top 10 is the Xbox Edition of Minecraft, up two places to 10th.

Outside of the Top 10 there are six new releases making their chart debuts. Just missing out on a Top 10 placing is Lords of the Fallen, which enters at 11th. The physical release of The Walking Dead: Season 2 is the next highest, coming in at 23rd, closely followed by Farming Simulator 15 in 25th.

The Walking Dead: Game of the Year Edition is next in at 36th place, with MX Vs ATV Supercross entering the chart at 38th place. The final new release is the PS Vita RPG Freedom Wars, which settles in at 39th place this week.

Next week will surely see a new game take top spot, with the release of Call of Duty: Advanced Warfare. Elsewhere we should see Football Manager 15 make an appearance in the Top 10, despite Chart Track not counting downloads.