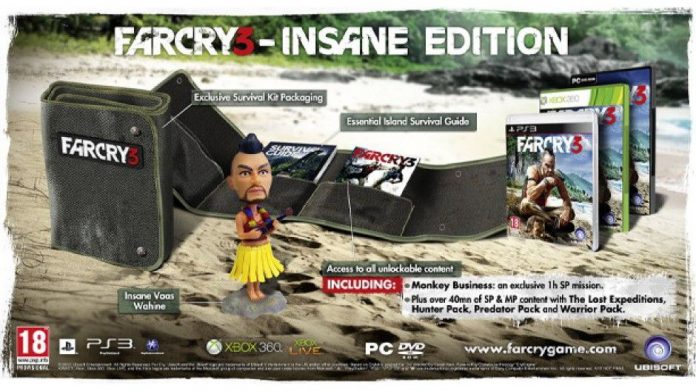 Until there’s still some time left until Far Cry 3 hits the game store shelves (on September 7th), Ubisoft have decided to reveal the details about the Insane Edition of the game – a very special Collector’s edition that can be pre-ordered for some… well… really insane bonuses!

The Far Cry 3 Insane Edition will include all of the following goodies:

So as you can see, if you decide to purchase the Far Cry 3 Insane Edition, you will get almost two hours of extra gameplay as well as some pretty nice goodies overall. Ubisoft even released an interesting trailer presenting the contents of the Far Cry 3 collector’s edition:

If you want to go for the regular edition instead, you can always Pre-order the basic Far Cry 3 game from Amazon.