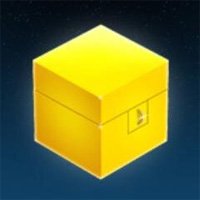 Trion World, Developers of the Rift and Defiance games, has just announced their up-and-coming online adventure RPG game, Trove, which is completely free to play!

The game, Trove, is a newly designed game developed by Trion over the past year. The game resembles an all too familiar game that’s been released in the past (Minecraft), and it is heavily influenced by its predecessor. The game, however, introduces more RPG elements and creates a highly unique experience for the players, based on the video and statements Trion’s released.

The game consists of consistently changing worlds which are dynamically generated to give its players a sense of wonder and adventure each time they turn on the game. These worlds are “fully constructible and destructible”, allowing players to influence the outcome of the game and to input their own flavors each time they play. Players have the ability to create and build “things” outside the game and directly import their work into the game, giving players the control and influence they want.

You also get to play as certain classes (which weren’t revealed to us yet) and fight monsters and bosses, further differentiating itself from past titles that may be compared to it when looking at Trove as a game. Check out the trailer below:

The game is in alpha testing stage right now, and you can sign up at www.trovegame.com to gain access to its alpha testing. What do you think of this announcement? How do you think this game will compare to its competitors?