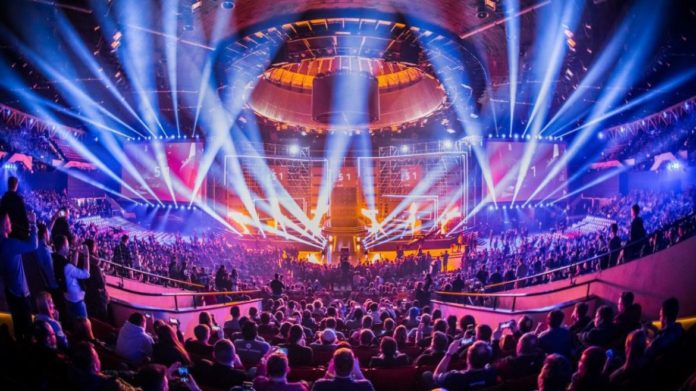 The world of eSports and online sports betting has grown significantly over the past decade, and there are more and more people trying to make money on the outcome of a match by using a sports betting website.

Here are some of the highest-paying eSports games that you can get into right now. Even if you might not make it at the professional level, you will still be able to have fun, as these games attract tens of thousands of players.

Overwatch is a first-person shooter released by Blizzard in 2016. Since its launch, the eSports game managed to become one of the most played FPS multiplayer games in the world, with an average of 14.4 million monthly users across PC and console just after one year of existence.

Its parent company has organized its own professional eSport league called the Overwatch League in order to rebalance the game, and in some instances, to rework the gameplay of a character. The league thus enables players to develop new strategies and team comps while also maintaining the excitement for experienced players.

The game has received investments from various companies and top sports figures, such as Robert Kraft and Shaquille O’Neal.

League of Legends is one of the most played and watched eSports games in the world, the MOBA combining elements from role-playing and first-person shooter games. The game features a versatile playstyle that has attracted the interest of hundreds of millions of players.

LoL involves teams of “champions” that compete against each other in different maps and game modes, with each team having unique players.

The eSport holds many professional competitions in Europe and North America at all levels, with high prizes consisting of millions of dollars.

Fortnite initially started off in 2017 as a third-person shooter/player-versus-environment (PVE) multiplayer survival game, but then Epic released a free-to-play additional game mode called Fortnite Battle Royale, which focused on the player-versus-player experience. The game mode then went on to surpass its base game in terms of popularity.

The premise of the game is similar to that of PUBG, where 100 players go all out in a Battle Royale on an island, where the last player alive wins. The game has something for every kind of player, with many daily contests, planned events, an ever-growing map layout, as well as new rewards. It is no surprise why this is one of the most played online games.

Counter-Strike has been around since 2012, and it is one of the longest-reigning games in the online environment. CS:GO is the most popular of the Counter-Strike series of FPS multiplayer games, with millions of dollars being given in tournaments as prizes by developer Valve.

The game involves two factions, counter-terrorists and terrorists, which fight against each other. It is popular worldwide, but in particular to players from European countries.

In 2018, CS:GO has been made free-to-play, which has led to an increase in popularity. There are constant changes in maps, characters, weaponries, and game modes, which is probably why the game is still popular today.

Defense of the Ancients 2 (Dota 2)

Dota 2 is another game created by Valve, which has managed to keep its status as the “most-played game on Steam” even after all these years. It is a free-to-play multiplayer online battle arena (MOBA) game, which was released in 2013 as a standalone sequel to a Warcraft III mod called Defense of the Ancients.

The game features many similarities with League of Legends, but it clearly outshines any MOBA through its sheer number of playable characters, special items, and diversity of strategies. Dota is also known for hosting the biggest competitive gaming events on a global scale, with substantial prizes in the eSports industry.

These are some of the most competitive and fun eSports games that you can play in 2020. Of course, there are many other titles that are worth mentioning, but these are the most popular with players worldwide.