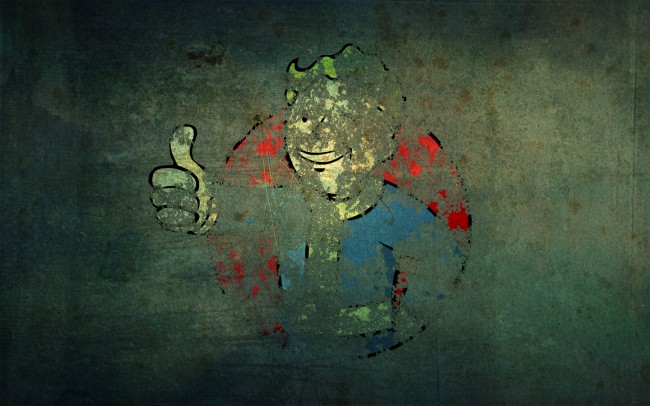 Many people logging to the Survivor2299 website today saw this image: 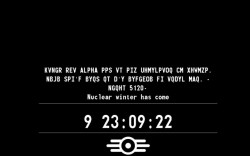 The original countdown, which was approaching zero this weekend, has jumped back up, now ending on December 11. December 11 happens to be the day of Spike VGX Awards, which makes things interesting. But many critics and websites say this is just an elaborate hoax. With evidence at hand, let’s take a look at this website.

New text was added today. In morse code like the other 2 messages, this one reads “KVNGR REV ALPHA PPS VT PIZ UHMYLPVOQ CM XHWMZP. NBJB SPI’F BYQS QT D’Y BYFGEOB FI VQDYL MAQ. -NGQHT 5120- Nuclear winter has come.” The new text has not been translated yet, but the previous 2 messages have been. Redditors on this thread managed to figure it out. Let’s take a look.

Now both of these message are accurate to the in game lore. Bridgeport, Concord and Quabbin are all locations in New England, which translates to the Commonwealth region of the Fallout Universe. The Institute was mentioned in the previous two Fallout games, further connecting it to the in-game lore. The Vault Tech symbol can be seen under the countdown and Nuclear Winter would make sense in the post nuclear war world of Fallout. More Fallout news game last month when it was revealed Bethesda took out a trademark on Fallout 4. Voice actor Erik Todd Dellums, voice of Fallout character Three Dog sent out a tweet last month saying “To all my #Fallout3 and #ThreeDog fans: There may be more of the Dog coming! Fingers crossed!” which was followed by “How was that for a tease! I was given permission to release that tease, so fingers crossed.” All of this evidence does point toward the announcement of a Fallout 4.

But what about the evidence stacked against it? Redditors have pointed out inconsistencies between the server of the Survivor2299 site and other Bethesda sites. The site in question is run registered through GoDaddy instead of the typical ZeniMax service. As I mentioned before, the fact the countdown did reset itself today, and Redditors also believe December 11 may be the wrong date. The Escapist, in their article about the website, mentioned the Alien Noire-Prey 2 website, which turned out to be a hoax.

The evidence is stacked evenly for both sides. Survivor2299 could be the news Fallout fans are waiting for, or this could bring a massive wave of gamer rage across the internet. In my opinion, the website could very well be Bethesda announcing something big, but could still be the most evil prankster Fallout fans have seen. When the countdown hits zero next Wednesday, we will finally see what this website is. Until then, keep on eye on the countdown and cross your fingers.