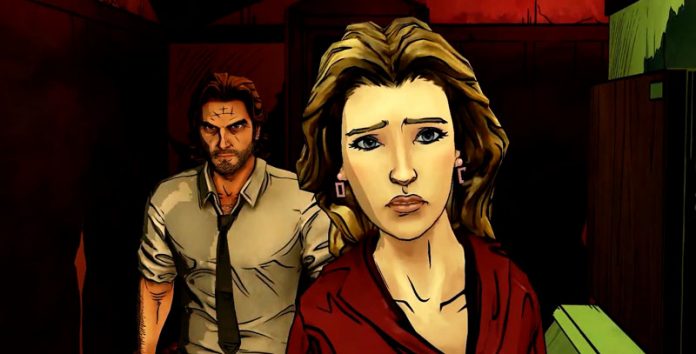 The second episode of Wolf Among Us, Smoke and Mirrors, was released two days ago and new content exposes a stunning reality. The narrative has suffered a major overturn and most leads set in the first episode have been erased. The Wolf Among Us is now facing a different perspective regarding the murdering cases – suspects and allies are now mixed in a myriad of speculation and guilt. Who’s really at fault? The truth seems to be crystal clear now but can’t it be another deceitful illusion? Telltale Games already taught us that not all you see is what it seems to be and honestly, this entire second episode pointed towards Crane as the one and only murderer – doesn’t it seem all too obvious and simple?

The revelations within this episode are completely unexpected. The game has indeed suffered a huge story reversal – everything that seemed to be is now buried under deep grounds. Snow White is alive and well; Faith could still be breathing; the Woodsman and Dee are apparently innocent; Giorgio is most likely involved in the murder cases and Crane has been pointed out as the prime suspect. I’m glad Telltale Games is creating a more mature and thoughtful series, where elements like suspense and exhilaration have a decisive role in the story. At least things are way more interesting and thrilling, unlike The Walking Dead series, where everything is way very anticipatable. This surprise factor keeps players excited and eager to play the upcoming content and it motivates them to replay the existent episodes – with so many different perspectives in this type of game, players can trigger personalized plots through their own decisions.

2. Gameplay: Too Much Speech, Too Little Action

The Wolf Among Us Smoke and Mirrors displays the usual formidable gameplay structure with endless possibilities to create a personalized story. Features like real-time response and intensive investigation methods continue to be extremely present in the second episode. However, this time things are not as equilibrated as they once were in episode one. The amount of dialogues and decisions is way superior to the amount of fights and other activities. In fact, all the combat encounters in this episode are short and insanely easy. In my first play-thought I only had to fight once and it was at the very end with Beast. I’ve noticed that there are some optional fights but they’re also very short and unchallenging. The fighting system was a true disappointment for me since it was basically inexistent. On the other hand, the investigation system became more complex, detailed and meaningful.

3. Innovation: The Complexity of Murder Investigation

Telltale Games has been considering new elements to intensify the overall experience of The Wolf Among Us. As so, the game has received a huge boost in the investigation area. Now, players can examine crime scenes and bodies for way longer and certain leads will reveal their true importance later on. The second episode features less impactful choices, yet there’s way more decisions to consider. Many new characters have been introduced in this freshly released episode and the future of Fabletown lies in the hands of the unknown. What’s going to happen next? Will there be any more murders? Who’s the serial killer and who’s backing his wicked plan?

Smoke and Mirrors turned out to be an exceptional surprise. This interactive drama proved itself once again with the advent of a thrilling narrative, customization features, further investigation techniques and of course, unexpected revelations. I wish fighting could have been more challenging and regular. Even so, I’m sure action will return to its splendor in the upcoming episodes.

Cons: Too few and short battle encounters; too few meaningful decisions; some of the episode one preview events didn’t actually become true in episode two.