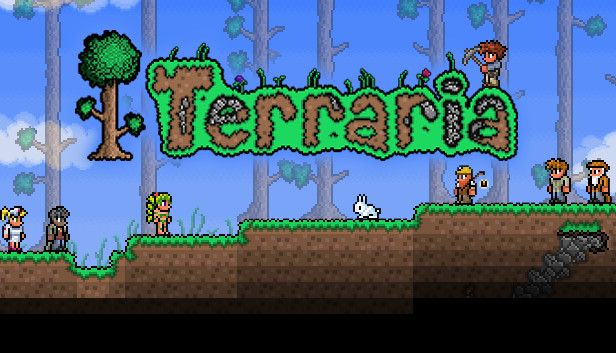 Last week, 505 Games released the mobile version of their hit game Terraria. Based on the computer-version, the mobile version of Terraria allows players to explore worlds, build structures and fight monsters, all while on the go. This game is insanely popular so far and is currently the number 1 paid application on the App Store. With rave reviews, I decided I had to check it out for myself.

For those not familiar with the game, Terraria is an open world sandbox game, similar to Minecraft. Instead of being 3D, the game is a side-scroller with retro-looking graphics. With more things to do than it’s 3D counter-part, Terraria has attracted gamers for a while, and the mobile version is no different. While there where some complaints about the control system for the console version, this iOS version seems to pick up the slack. Players use the left side of the screen to move around and the right side to control the item they are holding. To make things slightly more easier, the game allows players to touch the screen to place blocks and use items more accurately. The included tutorial level is great for people  new to the game and returning players refreshing their memory of the controls.

Besides the new control system, Terraria for iOS keeps the same things everyone loved about the computer game. The NPCs,monsters and familiar crafting are all still there. The only real problem I have with this game is if I quit the game in my house, sometimes the door(s) next to me end up in my inventory. Besides that, this game gets 5 stars. Terraria is hands down one of the best games for iOS this year and I will be shocked if it doesn’t get game or app of the year.

For those interested, Terraria can be purchased from the App Store for $4.99.