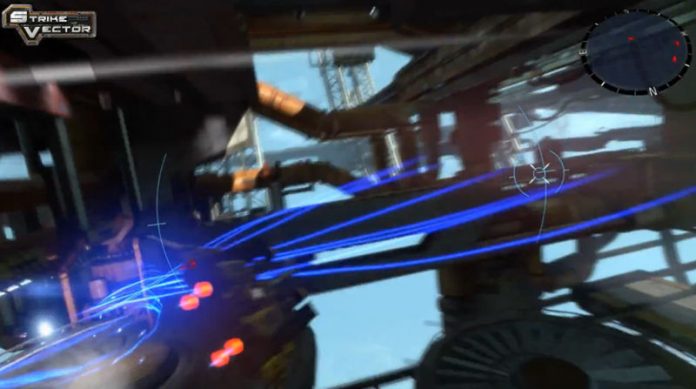 The video gives a player perspective of how the free fights will play out. From the looks of things, getting up close and personal won’t be happening often, with the player in the video instead taking shots at distant targets and filling the air with bullets.

Speed and mobility also seem to be a big focus of the video, with the player zipping around and executing rapid turns in order to make their way around jutting pillars.

The video also demonstrates some of the interior combat that the developers are trying to push. Again, the emphasis seems to be on massive distance, with the larger structures absolutely massive in scale.

The video also shows off a few of the weapons that the developers mentioned they were working on. Homing rockets, Gatling guns and a plasma rifle will all be equippable.

Now that the game has finished its Greenlight campaign, the developers are aiming to have an alpha build out as quickly as possible.

Following this, the game is slated for launch in early 2014.