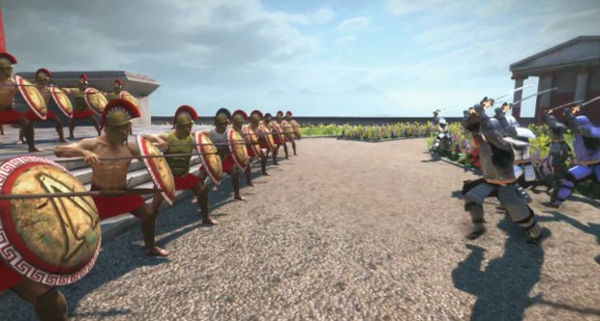 Acting as a tie in to Spike TV’s Deadliest Warrior series, the expansion will add six historical warriors, with Samurai and Spartans already confirmed.

Two of the modes are based around the new historical factions, allowing the server host to match squads of historical warriors against each other.

Mixed Team Death Match allows a selection of 32 warriors a side to face off. Faction Battle will limit each team to one of the six historical warriors, turning the match into a class vs class melee. A reverse of Capture the Flag where players aim to plant their flag in the enemies base has also been added.

As part of the expansion, matches will now feature up to six teams, with the size of each squad fully customisable. The matches may also be modified so that players cannot respawn.

Alternatively, Deadliest Warrior will allow teams to be removed from the game, turning a match into a 64 player free for all.

The last mode allows warriors to face off in special one vs one duels.

Deadliest Warrior will launch in fall for $14.99