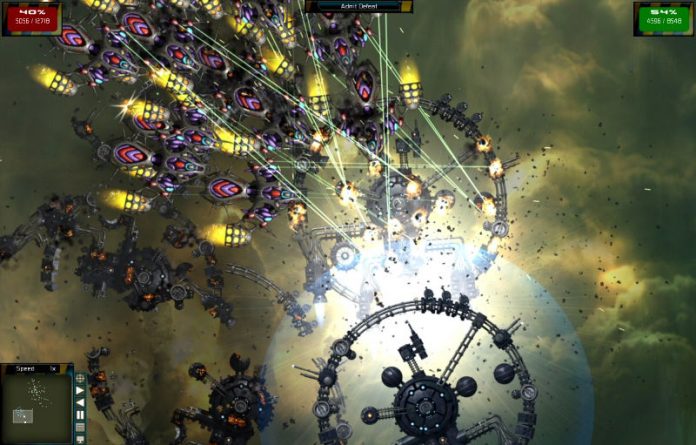 This week, the Humble Sale has gone back to selling video games, with the titles up for grabs coming from strategy developer Positech Games.

A payment of any price will net you three of the games in the bundle. Gratuitous Space Battles is a strategy game, but one that is all about the set up. Players can customise their ships, give orders to their bombers and frigates and then press the execute button. Once an actual battle starts, the player has zero input, meaning the outcome is decided solely by how well a player has configured their forces. Any given scenario is designed to be played multiple times until the optimum solution is found.

Gratuitous Tank Battles meanwhile, is much more fast paced, a blend of the RTS and tower defense genres. Both Space Battles and Tank Battles come with their soundtracks included.

The final game that’s part of the “pay what you want” initiative is Kudos 2, a strategic life-sim game where players can either succeed professionally and romantically… or crash and burn.

In addition, paying more than the average (which sits at $3.04 at the time of writing) will net you a copy of Democracy 2, a simulation game where you must try govern a country.

If your interest has been piqued, head over to the official site.