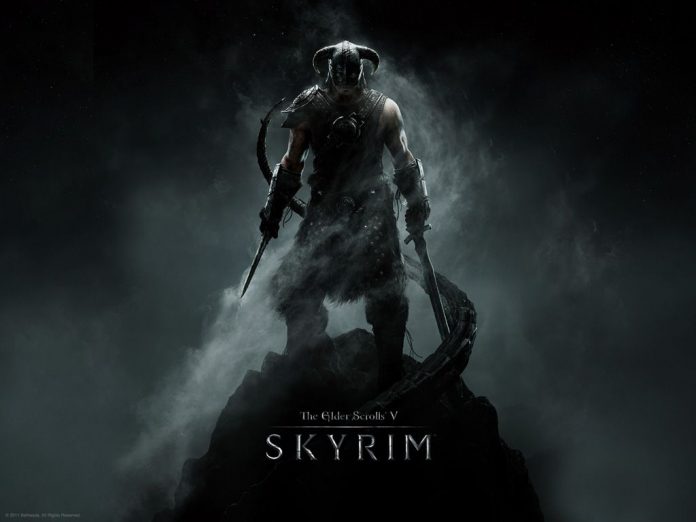 One of the great advantages of PC gaming are mods, firstly because they can improve the game in some way either visually or gameplay wise and secondly because they are free. Skyrim is one of the most modded games ever on PC and most of them can be downloaded and updated using the Steam Workshop so there’s really no excuse not to download and try a few of them. I’ve put together a small list of the many thousands of mods that are currently available for Skyrim that I feel every PC player should be using. I’ve stayed away from mods that make the game easier or harder in some way and may change the gameplay experience and just concentrated on mods that enhance the original game.

The original user interface was designed with consoles in mind and to be navigated with a gamepad which is great for consoles users, but not so great for PC users. Thankfully Sky UI is here to help us out with that. This completely redesigns the original interface and is much more friendly for a mouse and keyboard user to navigate giving simple lists of objects that are much longer than the original’s interface which saves time scrolling down. Extra columns include additional item information such as weight and value for general items and damage  armor rating for specific categories.

Skyrim is a good looking game on PC with the Bethesda’s high resolution texture pack, but with the Skyrim HD Texture pack it is a great looking game. Over 600 town, landscape, dungeon and other miscellaneous textures have been replaced in this mod giving the game a much sharper and vibrant look to it. The new textures are up to 8 times the resolution of the original and really do look superb even when viewed right up close. Its quite a hefty download at just over 2 gigabyte, but well worth it when you see the extra look of quality that it gives the game.

One of the criticisms of Skyrim has always been the combat and the feeling that your blows have very little sense of impact other than you can see foe’s health bar going down. With enhanced blood textures it gives you much more of a sense that you are damaging your foe’s as you fight them with small splashes of blood on heavy sword impacts that leave blood on your opponents armor and your sword. You also get more of a sense that you have been hurt also when your opponent lands a blow with with small spots of blood hitting you in the face.

The water effects in the vanilla version of the game are okay, but if you want to see Skyrim at it most beautiful best then the water and terrain enhancement mod is a must install. Not only does this mod enhance the look of all the water areas within the game but also the environments around water areas to give them a much more natural look. Other very subtle effects have also been added such as rain drop effects during a shower and foaming and misting effects around large waterfalls.

This mod changes the very basic looking snow from the standard game and replaces both  ground textures and snow particle effects. The ground lying snow has a much more textured and uneven look to it now and the snow flake effect have also been changed to give a more realistic feel to snow storms. 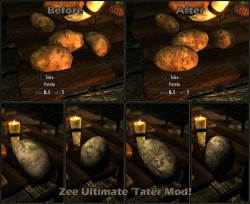 The static mesh improvement mod changes many of the smaller items and fine details in Skyrim such as clutter that you may find in dungeons or food and drinking glasses that you see inside buildings. Its a very small and subtle change, but it just adds to the overall effect of visually sharpening the game up.

The Elder Scrolls V Skyrim is 10 months old now, but due huge size of the game and the PC mod community the game is still going strong with 100’s of new mods being released every week. This is just a small collection of the many thousands of mods that are currently available for Skyrim, but I always have these installed when I play and if you haven’t tried them they are certainly worth a look as the do transform the game visually. For more information on these mods or if you want to give them a try take a look at the Steam Workshop on Steam or visit skyrim.nexusmods.com. And don’t forget to check out our previous list of must have Skyrim mods!