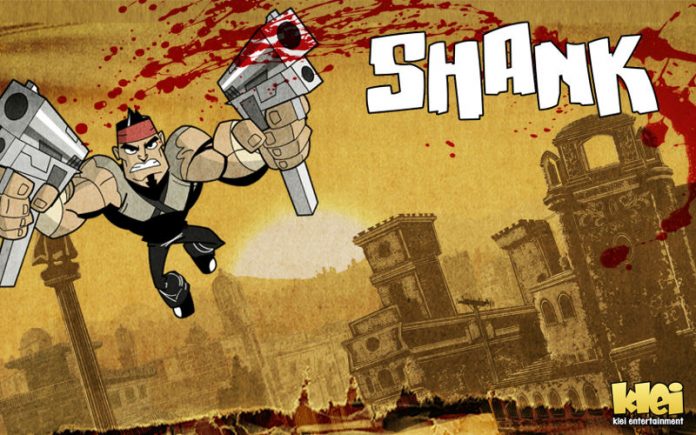 The Humble Weekly Sale has updated again, and this time around the games up for grabs are from developer Klei Entertainment.

Klei’s has come into the spotlight recently, with well received games such as the survival Don’t Starve and the side scrolling stealth title Mark of the Ninja. Unfortunately neither game is featured in this bundle, but the same cartoony art style can be seen in Shank 1 and 2, which make up the bulk of the bundle.

Shank 1 and 2 are sidescrolling brawlers that features three different kinds of weapons. Players can combo between quick knife attacks, heavy bladed weapons and gun shots as they take on an array of enemies. The games is takes a lot of cues from Mexican films, with masked wrestler enemies and backing guitar music. The Mexican soundtrack from both games is included with the bundle.

The other game included in the bundle is Eets, Klei Entertainment’s first game. Launched back in 2005, Eets is a puzzle game meets platformer. Players can alter various aspects of the environment – adding in new powerups and cannons – in order to guide a rabbit like creature to the exit of each level.

The Humble Weekly Sale will last for the next six days.