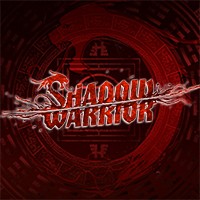 Bandai Namco has announced that Shadow Warrior will be making its way to PS4 and Xbox One on the 26th September.

The PS4 and Xbox One versions will boast ‘high quality reshaped graphics’ as well as exclusive content to the console versions.

The consoles will be getting an Arena mode, where protagonist Lo Wang battles waves of enemies across three environments and new campaign content which features the head of the nefarious Zilla Corporation.

Finally, there are three exclusive weapons for consoles. These include the sledgehammer from Serious Sam 3, the katana from Hotline Miami, the “Zilla Enterprises Z45 katana” and “classic Shadow Warrior katana”.

Devolver Digitals’ CFO Fork Parker said: “Our fans have been very vocal about bringing Shadow Warrior to PlayStation®4 and Xbox One so we’re absolutely thrilled to be working with our friends at Bandai Namco to have Wang bring a sword to a gunfight.”

Shadow Warrior will be available in both boxed and digital format.

The game is a re-imagining of the 1997 original game of the same name. It sees Zilla Enterprise’s corporate shogun, Lo Wang ordered to track down a legendary blade. This leads to a battle with another realm, with our world under threat of destruction. It features first person combat with a mix of gun, blade and magical weapons at your disposal. This updated version was first released on PC last September.

Did you play this on PC? If so what did you think of it, did it hold up to the original?

Take a look at last years trailer for the PC version if you’re not sure: