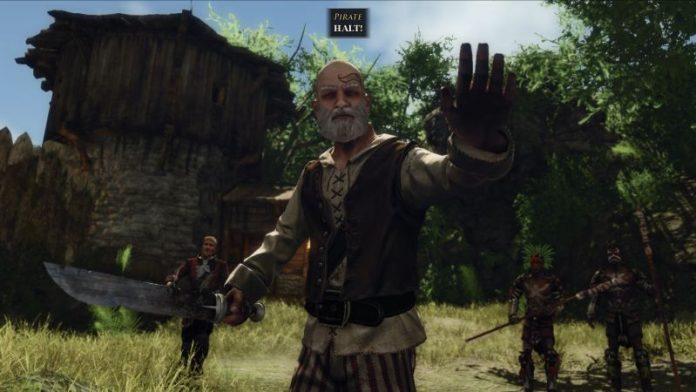 Some people playing Risen 2 report that they encounter a really strange bug in which they can’t defeat Slayne: the game turns him into some sort of Superman or immortal, meaning that you can’t deal any damage to him, while he easily blasts you away. Here is how one gamer reported the Slayne problem in Risen 2: Dark Waters:

“Just before launching new quest, Slayne said – “come on, faster” and trying to run somewhere. But in this same time, quest trigger launched another quest to kill Slayne. From what I understand – recently was launched some quest to follow Slayne, or so… and we ignored it… now we trying to kill him, but game think that we are friends and that’s why he can’t kill us and we can’t kill him…”

How to fix this problem?

Well, you could kill Slayne using the console command “kill” but that wouldn’t be too nice. Of course, this bug itself is not nice, but there’s a different workaround:

Make sure that you move near people when you attack Slayne, attack them to make them hostile and have them attack you. Next, just move in such a way that when the folks try to hit, they hit Slayne. And problem solved… eventually.

Of course, if you have an older save game that is also an option, but you’ll have to replay the portion again.