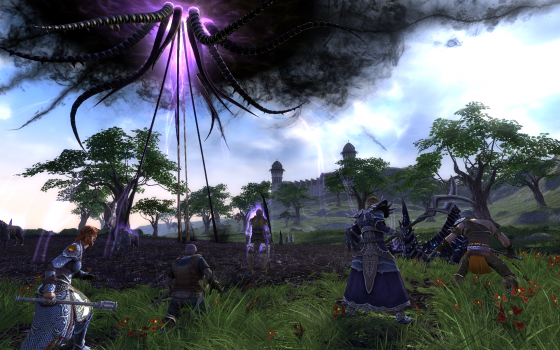 Trion Worlds is launching a special summer event in Rift, which involves saving the Freemarch and Silverwood from continuously deadly attacks. The great cities of Telara are under attack between June 27th and July 4th and freshly released prizes are awaiting for players. Participating in this special event will grant players several rewards: planar currency, bonus loot, new achievements and special items. The company officially announced the event two days ago by challenging players to defeat evil forces:

The forces of the planes have launched an offensive outside the great cities of Telara, and your help is needed to defend them. Ascended of all levels must band together and repel the countless invasions marching on Silverwood and Freemarch!

This event is currently live and rare items can be randomly looted from the kills – mounts, capes, hats and vials are just some examples.