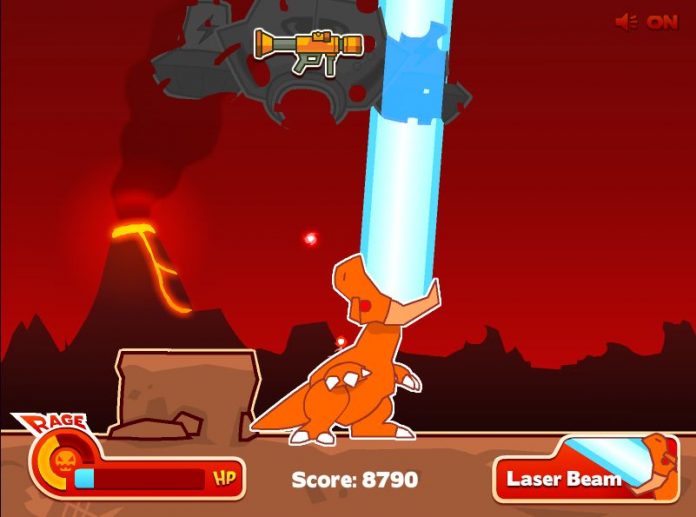 Today’s free flash game that I have to recommend is Eggstinction, a pretty impressive and well done shooter game where you fight against the alien invasion that put an end to the world of Dinosaurs. Yes, you’ve read it right: in Eggstinction you battle for survival. And it’s tough.

You are a little dinosaur egg in the game that somehow manages to find a pistol that he then has to use against alien ships and robots that came to conquer earth and destroy the Dinosaurs. But you won’t remain a little egg with a pistol for long and every now and then you will be able to turn into an almighty T-Rex that spits laser beams!

It might sound silly from time to time, but Eggstinction clearly wasn’t made for you to talk about during the history class, so it is OK. As long as it manages to deliver some pretty impressive and fast paced gameplay (and it does!), then we have nothing to worry about!

The only problem with Eggstinction is that all the action happens in the same setting and the enemies are repetitive (or I just didn’t manage to get too far). But for a five minute break (or more), Eggstinction is very fun. So click here to play Eggstinction and don’t forget to come back and tell us what you thought about it!