The upcoming Hollywood attempt to re-create the Street Fighter universe is named Street Fighter: The Legend of Chun Li and, as opposed to the previous Street Fighter title where Jean Claude van Damme was the main attraction, now big boys have an even better reason to watch the reason: Kristen Kreuk will be Chun Li on screen and I must admit that I hardly wait to see the Smallville star in action!

If you doubt (like many others) that Mrs Kreuk can rise up to the standards and create a strong Chun Li, we have some pictures below to prove it. Uhm… OK, so maybe the images below with Kristen Kreuk as Chun Li don’t prove that she can create a believable character, but at least they prove that we’ll be up for some hot action. The bonus – even the clothes seem to have been shrunk a little in order to offer us some more reasons of joy.

Of course, for watching barely clothed ladies you can easily go to the beach – we want Street Fighter: The Legend of Chun Li to be a solid action movie, too, but we have no pictures for now to tell us if that’s going to happen. However, we have all the faith in the movie’s director Andrzej Bartkowiak – one of his previous flicks was Romeo Must Die and, if I remember correctly, it was a pretty solid kung-fu piece.

But let’s leave guessing behind and concentrate on the facts – the Kristen Kreuk images from the movie! 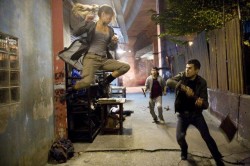 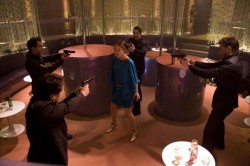 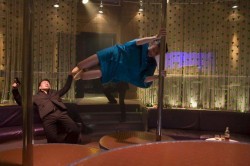 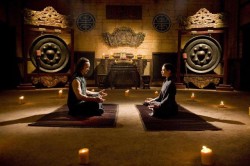