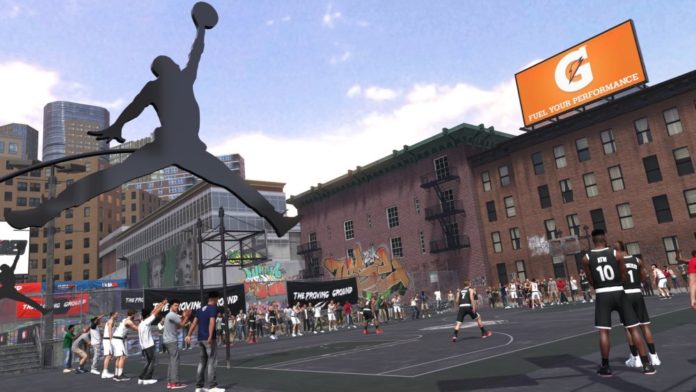 Now that we’ve covered the basics on creating an amazing player for your career in the MyPlayer tips and tricks article, it’s time to focus on something that will help us achieve things faster: making more VC in NBA 2K18.

So in today’s article, we’re going to find out all the methods you can try to make more VC fast in NBA 2K18, without spending any real money. Because you can still get a ton of these if you are active, play some solid basketball and follow our tips.

So let’s not waste any time, and let’s check out below how to get more Virtual Currency in the game!

Choosing 10 Min quarters on the Superstar difficulty setting will earn you 850 coins, no matter what. That’s a lot of time indeed, but you won’t actually get to spend 40+ minutes per game, so it’s doable. And fun. That’s why you got the game, in the end – to play ball, so do so in order to earn mad amounts of VC.

Also, you can play online for great rewards. The base reward is 400 VC per game, but you can get additional credits for Tier 2 and higher.

The easiest way to maximize coin gains by playing games is going for MyCareer games which can easily reward you with 1,000+ Virtual Coins per game.

Either way, the general rule of thumb when playing any type of game is to perform as well as possible. The higher your teammate grade and the better your in-game performance, the more VC you will earn per game.

In case you haven’t downloaded the application for mobiles yet, you should do so. You have the opportunity to earn a ton of VC for playing it, but even if you don’t and you just log in daily, you still get 3,500 VCs per week for free in terms of daily bonuses.

But if you are active and also play the game, there’s potential for even more currency – so just give it a try. It’s not time consuming and can be easily played when you have some spare time on your hand. The app is available for free on Android and iOS.

Having such a contract always increases your rewards, so make sure that you always get the best contract available.

It’s not the most fun game mode to play and definitely not the most popular, but it can reward you with a ton of VCs easily. And you don’t even have to go through the games!

Instead, you can simulate each game with Simcast and grab the rewards at the end. Play this over and over again and you will get a nice stash of coins to spend on the things that matter.

The weekly 2KTV shows are a good way to earn some extra money for quickly, even though you will lose some time here. But you also get other rewards, making it worthwhile.

Finally, you can always head over to the Neighborhood and answer the trivia questions. These are extremely easy (especially if you have Google on hand) and you can quickly earn 25VC for each correct question.

These would be, right now, our tips and tricks on getting more VC in NBA 2K18. Do you have other favorite methods of getting in-game currency without spending any real life money?