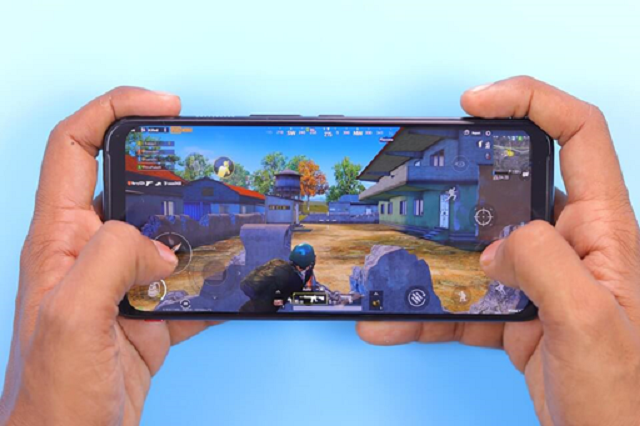 As the number of mobile phones has drastically increased the uses for a mobile phone have also expanded as more people are using their mobile devices for either work or gaming in their free time. With so many more apps being added to their phone, it can be hard to find one that you love. In this article, we will be providing you with insight into the top 7 mobile games for you to look forward too when they release in 2021.

Though there is a vague release date for this app, this is another title to add to a Pokémon franchise that has already proved so popular as a result. This game will be playable across the Nintendo Switch as well as both IOS and Android devices. This is simple to play the game with your friends and battle to destroy the enemy base as a whole.

If you are a fan of Tombraider and Lara croft then you will be happy to know that there is a new game on the way. Unlike that of Tombraider Go, this game has much better graphics and much better gameplay and amazing animations. This app is created by Square Inc and though there has not been a lot been released about this, there is a lot to look forward to as you play through these games as a result.

If you are a fan of League of Legends the PC game then the game League of Legends Wild Rift is the best mobile game for you. With the ability to compete with friends as well as build and powerup some of your amazing characters, this is the perfect game for all those that love RPG games and the world of fantasy that fans of the game know and love from your very own mobile device. Whether you decide to play with friends or family or you decide to play the game on your own, there are several options out there for you.

Crash Bandicoot On The Run!

Regardless of whether you have been gaming for a short period or a longer period of time chances are you have heard of Crash Bandicoot and the characters in these franchises and in 2021 there is a mobile phone game to come in 2021. Similar to that of Temple Run you have to collect as much fruit as you can all whilst trying not to get hit by obstacles making for hours and hours of fun without even leaving the sofa. This app is available on the Pre-Register on the app store and IOS devices allowing you to grab a copy before anyone else and you may even gain early access.

Doctor Who: The Lonely Assassins

The final game that is one to look out for in 2021 is the Doctor Who Lonely Assassin game. This game is created by the same developers of Sara is missing and several other popular games and takes all the best of the Doctor Who characters that you have known to love. With the weeping angels making an appearance alongside many other monsters, this is a physiological thriller that you would love to play with all ages, especially Doctor Who Fans. Read through messages, answer calls and listen to recordings to solve the mystery and enjoy the fun at this time.

As cloud gaming has revolutionised the industry, the use of people using their mobile phones to play games has increased drastically. With more people than ever before using their phones for all a wide range of different tasks this is soon becoming the new way of gaming and enjoying downtime. With the gaming industry moving to mobile it has also presented many opportunities for app developers to create some of the best upcoming games. With apps built for those that love online casino games as well as some of the leading titles from consoles, there are some options out there for you to choose from.

With this in mind, there are several options out there for you to choose from when it comes to downloading apps to your phone. Which of these will you choose to download to your mobile phone for you to enjoy in 2021?