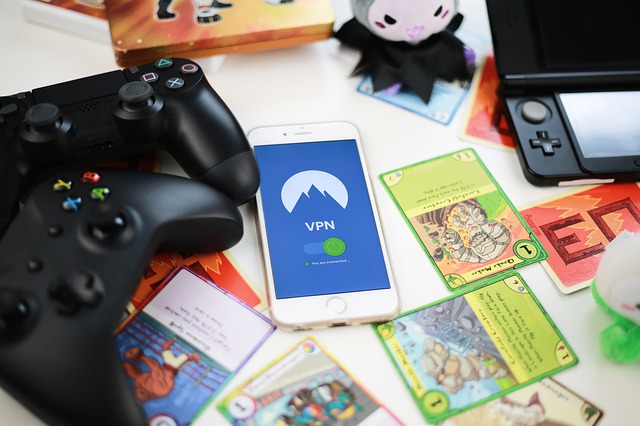 Everyone likes Counter-Strike. The game has been around for decades at this point, and its most modern incarnation is, without a doubt, one of the biggest revolutions in gaming. The community, the game mechanics, and the refreshing gameplay that CS:GO brings to the table have all left an impact on the gaming world.

It has a particular tradition and pedigree attached to it. Several generations of gamers grew up playing different counter-strike incarnations, and since CS:GO is the most recent game in the franchise, it’s here to stay. Due to this, we’ll talk about what makes CS:GO one of the best multiplayer games on the market.

Anyone Can Play and Enjoy

CS:GO used to be pay to play, and while it was fun then, the fun factor skyrocketed once the game became free to play. It’s a game that doesn’t let you pay your way through the game, which keeps it fun. The only thing you can spend money on is CS:GO skins, but you can sell CS:GO skins too, which might fetch you a pretty penny.

Finances aside, the game is as fun as ever. It’s regularly updated, there are little to no hackers, and many players are changing how the game works daily.

One of the things that makes CS:GO popular is the leagues, or better yet, ranks. Most games these days have ranking systems, but the one in CS:GO has had eight years to develop, improve, and grow.

There is no game with a more sophisticated and fully operational ranking system than CS:GO. There are many ranks, and climbing up the ladder is only as easy as you are good at the game.

But, climbing up the rank ladder isn’t the only thing you can look forward to. If you’re exceptionally good at the game, you might want to clean up and join a tournament, as eSports is a massive thing in the CS:GO community.

One of the more appealing aspects of Counter-Strike: Global Offensive, aside from seeing the fantastic AWP dragon lore in person, is enjoying how the game is played, which is chaotic. As chaotic as the dynamic gameplay is, it’s charming in more ways than one. The excitement you get from different gameplay styles, the many other people you come across, and the many game modes around are bound to keep you occupied for hours on end.

All of the fun gameplay mechanics aside, there are creates and skins to look forward to. While only aesthetic, skins are a massive part of the game, and the RNG is what makes them fun. Plus, if you’re fortunate, you can get yourself a handsome profit by reselling skins on some CS:GO websites.

Counter-Strike games are known for their game mechanics, which are relatively simple, easy to get a hold of, and hard to master. These exciting game mechanics give you all of the wiggle room you need to make the game truly your own.

Sure, there is always a meta, and there is still “the best” way to do things, but if you want to have fun, you have all of the room and tools to experiment as much as you like. Who knows, perhaps the gameplay style or combination that you develop might become the new meta.

The possibilities are endless when you’re playing CS:GO, and that is one of the many things that makes this multiplayer game the shooter juggernaut that it is.

CS:GO is a community-driven game, and teams matter very much. If you cooperate with your team, you’ll soon find out that the game is far smoother than you might think. You can create a sense of order in the hail of bullets flying all around the map – all it takes is a little communication.

Team Cooperation will take you a long way. Look at the top CS:GO players – most of them play on the communal aspect of the game. If you’re a lone wolf, that’s fine too, but if you want to get the most out of the game, you’ll have to work alongside your teammates.

Players can Brand Themselves!

CS:GO is one of the most popular games globally, even now, eight years after its initial release. Many gamers have made a career out of the game, whether in the eSports, YouTube, or Twitch world. You can create a brand out of playing this game, as long as you have what it takes.

If you, or your group of friends, has a particular knack for the game, you can team up and create a clan. If you work together and work well, who knows, maybe you’ll become the next FaZe clan.

Furthermore, you can customize the appearance of your weapons in the game. The cheapest CS:GO knife is pennies on the dollar, so you can start small and build up from there. You can also trade with other players and get cool looking skins or unbox them from crates that you get by playing the game.

Counter-Strike started as a mod for Half-Life, and since it became a standalone game, maps have been all around the place. Until CS:GO, Counter-Strike had more custom maps than you can count, and most of them weren’t that great.

These days, the maps are far more refined, and there aren’t as many of them around. At this moment, there are nine maps on CS:GO. All of them have been refined and perfected to such a degree where every minute detail has been taken care of it.

In just nine maps, you get an infinite blank canvas for you to craft the perfect combination, tactic, or playstyle.

Counter-Strike Global Offensive is one of the best multiplayer games on the market, and it’s not going away anytime soon. There are still millions of people around the globe who enjoy this game daily, its eSports league is buzzing, and it’s changed the lives of many gamers around the world.