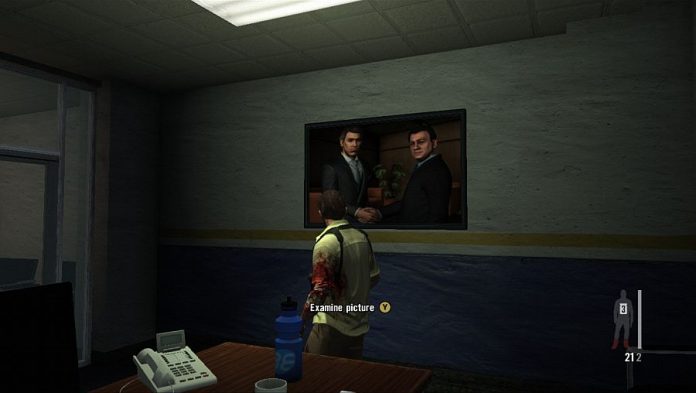 Clues are collectables in Max Payne 3 and there are quite a few for us to collect. However, it is something most of the more hardcore players will want to do in order to unlock the achievement and in order to make sure that they have completed the whole game. Therefore, in this article I will share with you the locations of all the clues in Max Payne 3, with detailed information to help you find them without a problem (this means that I also have videos attached to help you better localize the clues if you still have problems!)

– Celebrity Magazine: On the coffee table in the living room, in front of the white sofa
– Dropped Photo: After getting out of the garage, you’ll find it dropped somewhere in the middle of the street

– Dead Soccer Star: In the VIP area of the club, near the black couch by the window, on the body in White
– Night-Club Flyer: On top of the bar in the same VIP area
– Ex-Cop: When at the toilets, go to the door in the middle
– Torn Dress Piece: At the toilets again, to the side of the sink
– Portuguese Newspaper: Near the radio in the kitchen
– Giovanna’s Necklace: After the roof sequence, while going down the stairs you will find it dropped on the ground

– Picture of Victor: After the stadium sequence, enter the office and notice the picture on the wall (check out the image at the top left of the screen for detailed look)
– Blood Stained Door: When you get to the first elevator, there’s a white door to the side. Examine the blood stain there.
– Blood Stained Hallway: After the first sniper sequence, on the pillar in the hallway
– Soccer Star Memorial: In the trophy room, it’s a huge memorial

– Parked Helicopter: When the chapter starts, go to the fence and look at helicopter
– Ransom Note: In the warehouse on the desk
– Video Camera: In the garage where they tortured Fabiana you will see the camera
– Branco Family Photo: In the room where there’s the button to open the door, you will find it on a table there
– Boathouse Newspaper: under the stairs in the new building you enter after crossing the yard
– Nightclub Floor Plans: on the table in the same room

– Rodrigo’s Email: After the shootout at the beginning of the chapter, in the office to the right you will see a laptop
– File On Fabiana: In the same room, examine the desk
– Architectural Models: In the large room, examine the model tower on the display
– School Pictures: in the hallway, at the rand hand side, there are three school pictures
– Dead IT Guy: When the building is no fire and you run down the corridor, there will be a corpse on the ground

– Ex-cop: While on the streets, go to the Anjos do Morro store
– Photo of Serrano: After the strip club scene, near the ruined couch in the club
– Tourist: When you walk out of the club, enter the last room and look under the bed
– Lower Gang Spray Tag: After the train car, examine the big graffiti
– Middle Gang Spray Tag: After getting through the big gate, you will see a less visible graffiti somewhere on a wall to the right
– Shrine to Claudio: It’s a big wall with Claudio written on it, you can’t miss it
– Flyer of Giovanna: After defeating the enemies on rooftops, in the small backyard, the flyer is on the ground
– Bag of Oxidado: Enter the house of the gang and check the right side area
– Upper Gang Spray Tag: After blasting the drug lab, you will see it on the wall ahead

If you managed to get all these clues in the first seven chapters, it’s time to check out the second part of this guide on Max Payne 3 Clue Locations (click the link to visit it).