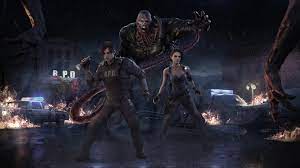 Horror games have been quite the rage in recent years. If you’re an avid fan of survival horror games, then you’re bound to love Dead by Daylight’s newest chapter: Resident Evil Village. This new installation was officially released on June 15, 2021 and includes two thrilling characters: Jill and Leon. If you’ve watched Resident Evil, then these names should ring a bell.

Caught up in a survivalist world where you either have to kill or be killed, characters in the game have to find a way of escaping the village gates without being found by the killer. EIP Gaming has some exciting news about this Dead by Daylight game that will answer all your hard-hitting questions.

Here are 4 things you can learn about the Dead by Daylight game by reading the latest headlines:

It features characters from Resident Evil

As mentioned before, the new chapter introduces two iconic survivors drawn from the decorated film Resident Evil. These two are Jill Valentine and Leon Kennedy. They both have their unique set of perks that make them useful. For instance, Leon can use flashbangs to momentarily distract or blind the Killer. Such features offer survivors an important edge over the Killer, buying them time to escape the horrid village.

Nemesis is the newest killer

Every survival horror game must have an antagonist. In this case, the bad guy is Nemesis (or The Tyrant). Nemesis has the ability to use his tentacles to infect survivors and spread his evil reach. How successful will the survivors be at warding off this notorious killer? Can they evade Nemesis long enough to complete some specific tasks and draw an escape strategy? These are some of the exciting questions that come up when playing Dead by Daylight’s Resident Evil Village.

Apart from avoiding the Tyrant’s deadly tentacles, players also have to steer clear of several AI-controlled zombies that roam the village. It’s essentially a game of cat and mouse: dodge the Nemesis and stay away from the sneaky zombies looking to break out of the Police Department and infect survivors with the lethal T-virus. However, you can counter the attacks posed by Nemesis and his proteges by scouting for vaccines found around the map. It’s a race against time that’s both challenging and extremely rewarding if you get out of it alive.

The game has more than 36 million downloads so far

Behaviour Interactive, the game developers, recently disclosed some fascinating news in a press release. Their Resident Evil Village chapter has been downloaded more than 36 million times globally. This comes in the wake of their fifth anniversary which they celebrated in style. Clearly, it’s a successful franchise that cements them as the kings of horror video games. With such remarkable popularity across different platforms, one thing is clear: DBD is a fantastic game. The mechanics are intuitive and quite easy to understand, so you’ll definitely love this game.

There’s much more to learn about the Dead by Daylight game, so make sure you read the latest headlines.