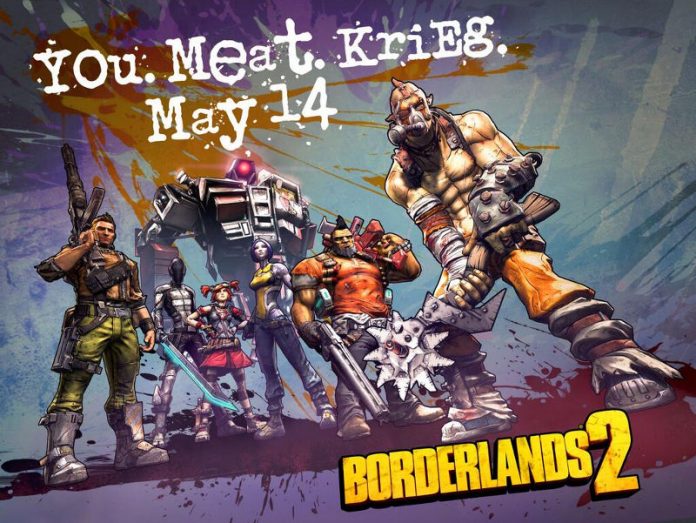 According to a tweet today, the sixth Vault Hunter will be available in Borderlands 2 on May 14.

This announcement comes after a teaser trailer back in March that gave fans a few hints about the playstyle of Krieg. The Vault Hunter is a Psycho, with all of the insanity that the name would lead you to expect.

As a Psycho, much of Krieg’s abilities are based around taking damage and rampaging. His class power allows him to throw an axe that deals 500 times his melee damage, but has a long cooldown of two minutes, This cooldown is reduced by taking damage.

One of his skill trees, Hellfire is based around increasing fire damage, but also allows Krieg to set himself on fire. While in flames, the character gains a series of bonuses that may be unlocked by the player. The Bloodlust skill path is based around constantly dealing damage in order to rack up a number of stacks that give players access to a series of temporary stat increases. Finally, the Mania tree increases Krieg’s melee damage and allows him to deal damage around him when incapacitated, with abilities including automatically dropping grenades when he dies.