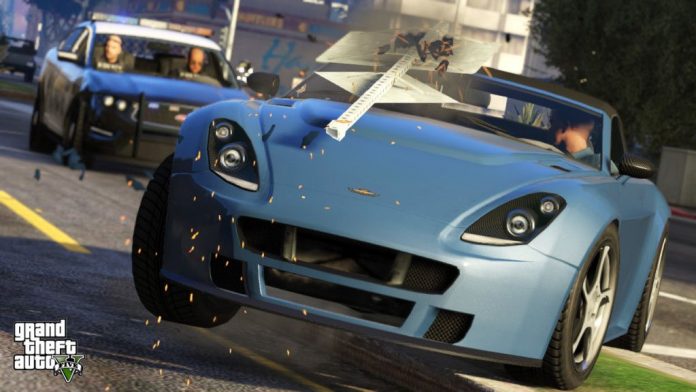 Franklin’s special ability in GTA V shows off his skills as a wheel-man by letting him make ridiculous manoeuvres at extraordinary speeds with ease. It may seem like nothing more than a tool for getting around with style, but there are a few things that you might not realise about this ability that makes it the perfect tool when confronting the police, Ballas or anyone else trying to stop Franklin hustling his way to the top.

Franklin loves cars and bikes and is a skilled driver, making him able to slow down time while driving. This also makes vehicles much more manoeuvrable, allowing him to make incredible getaways at extremely high speeds. He can recharge his special ability by driving in the oncoming lane when in traffic, having near misses with other vehicles and driving at high speeds. It’s pretty simple – drive on the wrong side of the road and terrify other road users by missing them by inches, all while barrelling along with your foot firmly planted on the floor. Motorways are a great place to do this as there are a lot of cars going very fast in your direction, giving you plenty of near-miss opportunities. Obviously trying to pull these manoeuvres off is risky business, so make sure to be ready to activate the special ability that you’re building up at a moments notice if a truck changes lane when you’re not expecting it or a police car comes flying across the central barrier intent on ruining your day.If you keep crashing into everyone and flying out of your windscreen regardless of this advice, you should probably consider sticking to the right side of the road and just going for high speed and near misses.

Franklin’s ability to slow down time while driving extends to any land vehicle with an engine. This means that vans, ATV’s, motorbikes, golf carts, dune buggies, big rig trucks, construction vehicles, tanks and more can all be used in slow-mo driving. Unfortunately, push bikes, boats and jet-skis, submarines, planes, helicopters and blimps are limited to normal speed and manoeuvrability.

The obvious use for slow-motion driving is to weave in and out of traffic, avoiding crashes and keeping your speed and momentum. Use it as much as you like in general driving, but when you’re in a chase, a race or on a timed mission, try to only use it when you need to and try to keep half a bar for emergencies. If you need to get somewhere fast for whatever reason you can use the special ability to take ridiculous corners at high speeds. You can take 90 degree turns easily in most vehicles when you use the in-car slow-mo, so just wait until you’re a couple of car lengths away from the turn you’re trying to make before activating the power, and then cruise around the corner like a pro. Taking corners wide makes this even easier. Franklin’s power isn’t quite as effective when riding motorbikes – the slowing down of time remains the same as when in a car, but the increase in manoeuvrability isn’t as huge. It still makes it a lot easier to weave through traffic though, and is great to use on motorways and other busy roads.

There are a handful of objects that will stop you in your tracks if you crash into them. The most common (and irritating) are waist-high barriers around certain roads and in the middle of motorways, and various obstacles at train tracks and crossings. Use slow-motion when trying to cross main roads and when crossing railway lines in the city. It will make things a lot easier for you and help you to avoid a lot of potential frustration. Slow-motion driving can also be triggered in mid-air. If you’re going over a jump and you need a little extra time to maneuver your car for the landing, just turn on slow-mo and you’ll slowly float down to your landing spot.

When driving in slow motion you can still fire weapons. This means that Franklin can shoot people in slow-motion just like Michael as long as he is in a suitable vehicle. This is incredibly useful and is a great way to take out pursuing police or other enemies, whether by shooting them in the head or shooting out their tyres. You can even try to shoot police in helicopters in this way, though none of the guns you can fire while driving have very long range. Stick to the pistols rather than the automatic weapons if trying this and really try to get those head-shots. If helicopters are flying low and near to you then you can sometimes get them with a well-timed sticky bomb explosion. While on a motorbike you can fire the sawed-off shotgun in addition to the pistols, stun gun, uzi and explosives that you have access to in a car. When firing at tyres, Franklin’s special ability plus the shotgun makes it almost impossible for you to miss. If you get in trouble with the Ballas down Grove Street or the police up in Vinewood Hills, then slow-motion driving and shooting can and will save your life. Franklin is actually much better off in a car than out of one when the bullets start flying, just as long as you can keep moving.

This ability is probably the most useful of all three, especially in general, non-combative gameplay. It is also incredibly fun to mess around with. Try running people and animals down in slow-motion (if you enjoy that kind of thing) in a variety of vehicles. This can be particularly fun when using either the cinematic camera, the look-behind camera (hold right stick down) or the first-person camera. Each allow you to enjoy the Natural Motion powered physics system from a different angle.