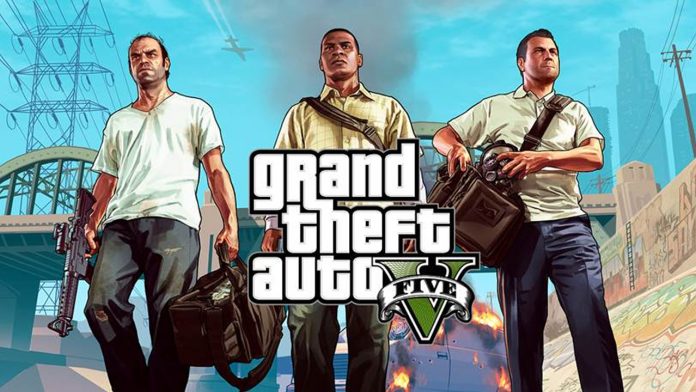 Rockstar confirmed that the Multiplayer part in GTA 5 will launch today. They couldn’t give a solid launch time because it depends when the updates on the PlayStation Network and Xbox Live will start rolling out. But we can expect the launch to be around 7 AM Eastern Time / 1 PM Greenwich Mean Time. Last week Rockstar already announced that the start of GTA: Online might be a little rough so don’t freak out if you can’t get into a game immediately.

When you updated your game you can simply start it up as you already did when you played the singleplayer in Grand Theft Auto V. But now you can jump into the multiplayer with the press of a button. Use your character wheel and instead of selecting one of the three main characters you’ll have to press down to enter multiplayer.

When you start it for the first time you’ll have to create your character. By choosing your parents you can determine the look of your character. If you sign up for the Rockstar Social Club you can even choose John Marston from Red Dead Redemption as your father to bring the law to Los Santos!

Once Grand Theft Auto Online is in full swing you can expect much more coverage about it right here on Unigamesity!

Have you missed our coverage of Grand Theft Auto 5? Don’t fret! You can find a lot of helpful tutorials on how to use abilities, getting achievements and trophies and so much more right here on this site!