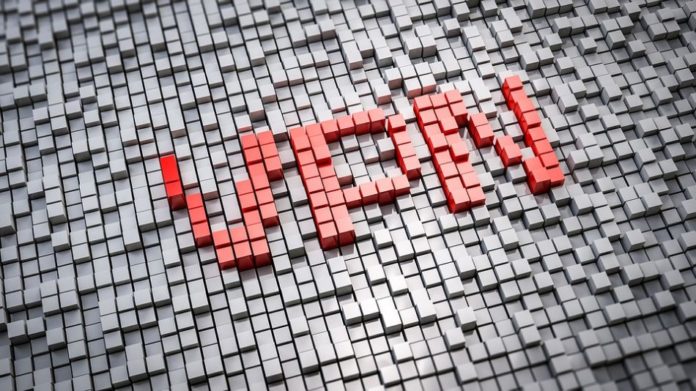 Modern gaming is a ton of fun, in general, and we’re living in a time of effectively endless content available across multiple hardware and distribution platforms. That much is a given. But the advent of digital distribution and omnipresent online gaming carry their own risks and problems. Thankfully, some of them can be alleviated with a VPN service.

Before we go on to list them, let’s take a quick look at how VPN works, at a basic level.

What is a VPN?

VPN, short for Virtual Private Network is a secure tunnel letting you connect to the Internet in a relatively secure manner, masking your activity from your ISP (Internet Service Provider). While some traffic still comes through ISP’s servers, instead of a website list etc. they only see that you are using a VPN. This is handy for one of the reasons we mention later on.

As an added bonus, most, if not all VPNs allow you to choose a server located elsewhere in the world, allowing you to use the Internet as if you were in the United States, while you’re actually sipping tea in your English office.

Most reliable VPNs are paid, the cost increasing depending on the number of accessible servers, the number of simultaneous connection, bandwidth limits and other factors, but the consensus is that it’s typically worth the price. Of course there are also free VPNs you could use, but they typically have limited features.

At the end of the article we suggest top 5 among both paid and free VPNs for gaming. For now, however, let’s review the reasons why using a VPN can improve your experience with games and regular browsing alike.

Benefits of using a VPN for online games

Playing online is fun, at least until you start getting lags, for reasons, possibly including a free afternoon for most people on your continent/timezone, and wonky servers. VPNs can help you alleviate this problem a bit, letting you connect to your chosen game through region-bound servers suffering from slightly less load. And since most VPNs happen to have multiple servers in many countries, you may find your connection significantly or at least perceptibly improved. Depending on the game you play, having a split-second delay and not having a split-second delay may be the difference between getting a kill and waiting for some time in the respawn screen.

Sometimes all servers get the same game build. It happens. Sometimes, living in a certain part of the world may mean getting a slightly outdated version of the game.

At other times, the game itself might be unavailable in your country or continent. Such is the case with Dragon’s Dogma Online, which never launched outside of Japan, leaving Western Dragon’s Dogma fans with volunteer translations and, yes, having to use VPNs to access the game.

That’s a big thing, especially for fans of MMOs, since many Asian ones can pass us by, never officially launching anywhere Western players can easily access.

Digital distribution is a treat. Although many of us mourn the age of physical editions, there’s no denying the convenience of using digital stores to get new games. None of us have unlimited warehouses to stuff with games, and the discounts are also easier to get. Until they aren’t, because you’re in a wrong country.

It happens. Some countries can have a game release ahead of your normal country of residence, sometimes the publisher decides that changing a game to fit a country’s strict publishing policy isn’t worth the hassle. Sometimes there are unique sales targeted at a given market.

Either way, VPNs solve this problem by letting you pick a server bound to a country where these limits do not apply. It can entail some risks, of course, but if you are travelling it’s an option worth weighing against drawbacks.

If you’ve been around the internet in the past couple of years, you are likely familiar with the idea of a Denial of Service, or Distributed Denial of Service, abbreviated to DoS and DDoS. If you aren’t: DoS attacks aim to disrupt its target’s connection to the internet. Usually they take the form of a flooded traffic, preventing the desired requests from reaching the victim.

DDoS attacks are a sad reality of the internet, and you may fall victim to one if someone doesn’t like the way you play, wants you to stop winning, or just plain doesn’t like you. VPNs can help you.

A good first step is being anonymous, VPNs already help with it, but they also go one step further. They can filter out the excessive traffic, protecting you from the brunt of the attack.

Some Internet Service Providers are pretty relaxed, letting you use up your bandwidth indiscriminately on gaming and hefty downloads of patches of a new game in your library. Sometimes, however, you can end up with and ISP which after noticing this kind of activity will try tightening the flow, figuratively, which can seriously extend the DL time and possibly cause connectivity problems in your chosen online game.

With a VPN active, however, your provider doesn’t have a clue what you are downloading, they just know you’re using a VPN. They can’t block you over something they aren’t exactly aware of now, can they?

Let’s talk specifics now. Which VPNs are worth attention? We have prepared two short lists: one with paid and one with free VPNs, all good for gaming purposes. Let’s have a look.

Paid VPNs are typically the most reliable of the bunch, taking your money in exchange for decent transfer speeds, several allowed simultaneous connections (for you multi-device users), better encryption, all the good stuff.

If you value privacy and safety, then free VPNs may not be your best bet, but sometimes a free solution is just about enough to suit your needs, so some recommendations are still in order. Besides, you can always add some extra precautions, such as using Google’s DNS instead of your ISPs, if you’re feeling adventurous.

Whether you are a gamer looking to play in better conditions or you try to be more anonymous, VPNs and proxys are among the first steps to achieving this infinitely elusive goal. The two lists we’ve provided are of course by no means exhaustive, but may provide you with a something to compare VPNs you find on your own, or they may be just what you needed with no further research required.

Of course nothing stops you from checking them all out to figure out which one to make your final gaming VPN, free trials of 30-day money back guarantees are a common practice.

Whatever your choice, stay secret, stay safe in the weird roads of the Internet.