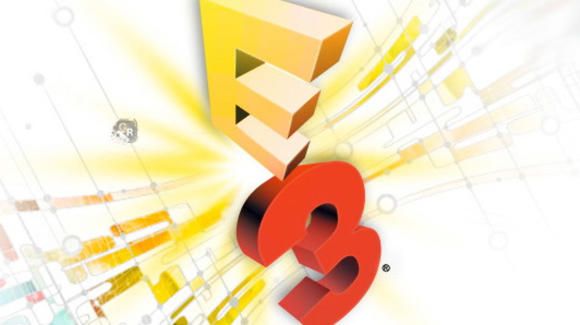 As of this writing we are just over a week away from E3 2013, and with the deflated shows of the past two years behind us, combined with the next-gen consoles, this one is set to be the biggest yet. Both Sony and Microsoft started firing shots over the last few months, but the true bare-knuckle brawl between them (and let’s not forget Nintendo) will begin during E3. A lot of the normal festivities are in order, but there may be some surprises in store yet. Let’s take a look at what to expect from this year’s Expo as a whole.

A month ago it was announced that Nintendo would not hold it’s standard E3 press coference, instead opting for a very similar Nintendo Direct conference. This can be viewed as either the company conceding to the other two, or just trying to draw more attention to their showing, or maybe even both. Expect Nintendo to show off a bit of vitrual console during the festivities, as well as 3DS content and the Year Of Luigi continuation. On the Wii U side of things, it appears a new Super Smash Bros is in the cards, as well as some other new projects. I think Nintendo is smart enough to at least try to make a big push here to ‘save’ their home console, but don’t expect many new IPs. There’s a small possibility of some more Ubisoft exclusives, as well. However, distancing themselves from the standard big 3 press conference style might mean a separation from the Expo itself, outside of first-party. This might be the most interesting one to watch.

Sony kicks the true festivities off the first night with their press conference, during which they have a few torches to juggle. Firstly, if they leave the stage without showing the console and giving a price they will be making a huge mistake. Fortunately for all of us, both of those are all but guaranteed. The remainder of their conference will presumably focus largely on PS4 games and vita connectivity. Because of the way they have been trickling out the vita game announcements, I wouldn’t expect any big splashes here, instead opting to showcase the remote play requirement for PS4 games and things of the like. Due to the toted developer friendly attitude, we just might see a few surprise collaborations and/or third-party exclusives. Demos of the games revealed with the PS4 should be there, including Media Molecule, but one or two new ones may be shown to increase momentum, and I’m sure “better on Playstation 4” will be said more than a handful of times. Also, don’t be shocked if they have a 5 minute session on upcoming PS3 games, with some “more information in the coming weeks” statements. Gran Turismo 6 is happening, after all. I predict another God Of War, David Hayter returning as Snake and clarification on their used game strategy.

Microsoft comes into the event in some pretty deep water, depending on who you talk to. They have already come out and said there will be no TV talk in their conference, but I don’t imagine they will deter focus from the console capabilities on that end entirely.  Like Sony, they will drop their console price information, and just might address their used game strategy as well. I do expect them to focus largely on games, and because they have already all but abandoned the Xbox 360, they will most likely be all Xbox One games. They did say they have 15 exclusives waiting in the wings, so those reveals should be coming out soon. Some gameplay of Quantum Break should make an appearance as well, or else they may have dropped the ball on their only announced exclusive so far. Another Halo will be shown, and just might be intended to be that awe-inspiring final video, as well as Epic’s next project. The switch to People Can Fly for Gears Of War: Judgement could indicate Epic proper has been working on a project for some time, and it might just be one to watch out for, despite their fractured development team. I would not be surprised if the guys at Respawn Entertainment show up on Microsoft’s stage, but despite their budding friendship with EA, I don’t expect the game to be entirely exclusive. And even though they don’t have a handheld to support, there focus will be splintered by time given to Kinect 2.0, which will probably be in abundance. I predict Microsoft pulls off the surprise of the show with a new, non-kinect Rare game, but I don’t think it will be enough.

I think all three companies will come out with strong showings. Nintendo tries to get people to buy their console, Sony tries to continue the early momentum and not shoot themselves in the foot, and Microsoft tries to prove its machine does in fact play games. No matter what your alliance is, you should pay attention to all three camps here, because competition is good for us all. But as the most interesting E3 of them all draws closer, we can only salivate at the possibilities and hope we’re not underwhelmed.