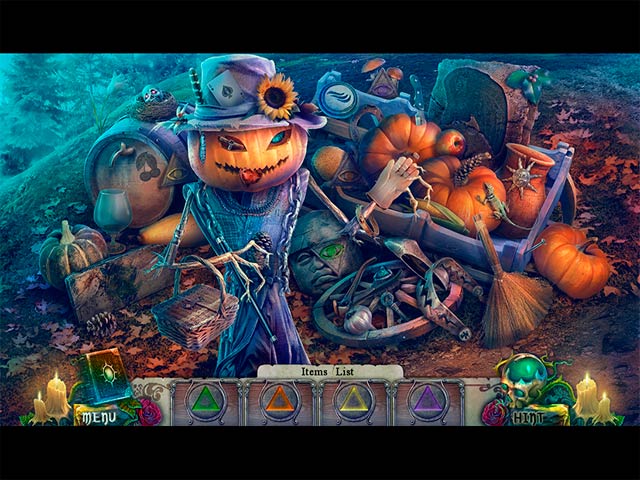 I am very happy to announce that a new game in the Witches series has been released on Big Fish Games. Titled Witches’ Legacy: The Ties that Bind, this new hidden object adventure game is set to delight and amaze the gamer with a gripping, wonderful story and gameplay elements that all EleFun games deliver to the highest standards.

Story-wise, here’s how things go in Witches’ Legacy: The Ties that Bind: It seems like only yesterday that Lynn was just a little girl, but now she’s all grown up and marrying Edward. You couldn’t be happier for your adopted daughter – until you discover that Edward is missing! A mysterious letter promised answers to his past, urging him to return to his birthplace. As a witch hunter, Edward is accustomed to danger… but he may have gotten in over his head this time. You and Lynn rush to follow his trail, unaware that a dark presence is watching you. Can you track down Edward in time?

What I enjoyed most about this game were the hidden object puzzle scenes which, even though list only, have some nice touches, like finding objects to clear the list and so on. All these small things that try to offer something extra to the gamer are highly appreciated and I hope you agree with me. And if you don’t agree with me and you’re not a fan of the hidden object scenes anyway, there’s an alternative too: a simple puzzle game that you can complete to focus on the story and the adventure itself.

Visually, the game has all the tones and graphics that we know from EleFun games. If you haven’t played the previous games in the Witches series, you will probably find the graphics beautiful and the color palette varied and warm. I personally like the style, even though there’s nothing revolutionary here. What I didn’t really enjoy was the voice over in the game, but there are few hidden object adventure titles that have great voice acting, so this doesn’t affect the game too much.

In other words, Witches’ Legacy: The Ties that Bind is a highly enjoyable game that I recommend from all my heart, so head over to Big Fish Games and check it out to see if it’s indeed a title you’d love to play!