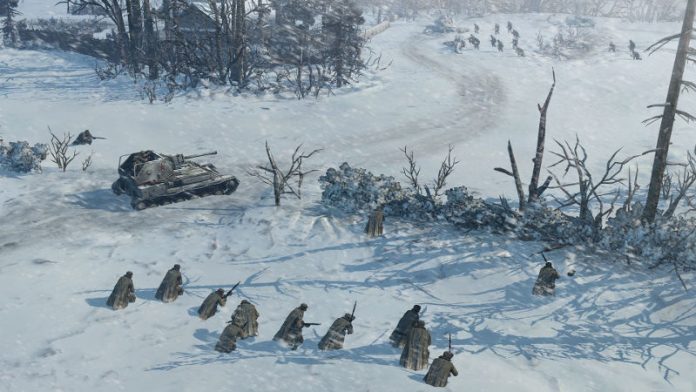 Company of Heroes 2 has been removed from the Russian Steam store over controversy regarding the depiction of Russian forces, distributor 1C has announced.

This move comes in light of recent criticism regarding the manner in which Company of Heroes 2 depicted the Red Army. Aspects of the title’s gameplay revolved around infamous events such as the shooting of deserters, charging of machine gun emplacements and troops being sent into battle without weapons.

Critics of the game are adamant that while certain aspects are true, the events are greatly exaggerated and are not anywhere near as widespread as Company of Heroes 2 suggests. where “brutality gets turned up to eleven and ends up being a parody.”

For its part, developer Relic have maintained that the game is true to the realities of history and reflects both research and testimonies from soldiers of the era.

1C have stated that they are analysing the situation and have informed both the developer and publisher of the game.

“Sega and Relic are aware of the press stories circulating concerning Company of Heroes 2 and the historical context of the game from a Russian perspective. At this time we cannot offer any further comment, however we are taking this issue very seriously and are investigating these concerns thoroughly with all relevant partners,” the publisher said in a statement earlier today.