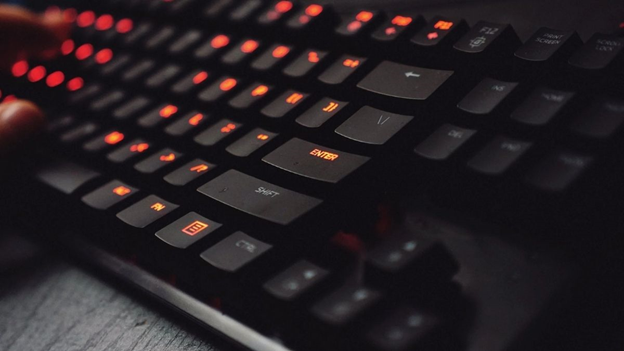 MMO games are a really fun way to spend your free time. You get to feel a sense of accomplishment, make great memories, and even meet new people (some of who might become close friends in the future).

However, there’s also a darker side to MMO gaming – cybersecurity threats, to be exact. Not everyone is looking to have a great time. Some people actually want to ruin it for everyone else.

In this article, we’ll take a look at what MMO gaming threats you need to watch out for. Besides that, we’ll also offer you some security tips for MMO games.

Here are the most common cyber threats that will try to keep you from enjoying the game you’re playing:

Cyberbullying is often underestimated. Many players just think “what’s the worst that could happen?”

Well, cyberbullying could get so bad that it could make you want to quit the game. Constantly having to deal with harassment and stalking will take all the fun out of it.

Even worse, you might start to feel afraid and threatened whenever you log into the game. Many gamers view MMO games as a safe space where they can escape their real-life problems. Cyberbullying is the last thing they want to deal with.

Hackers often take advantage of unsuspecting MMO gamers and expose them to malware. They either compromise the game’s code or trick players into interacting with malicious apps and links.

The result is usually the same – the hackers manage to steal players’ login credentials (and, therefore, their accounts). If you’re extremely unlucky, they might even try to steal your email login details and payment information (like credit card numbers).

Scammers might pretend to be a game admin and message you asking for your account password to solve whatever problem you’re experiencing. Or they might try to trick you into sharing payment information with them.

Besides that, some cybercriminals leave malicious links that take you to phishing sites in the game’s general chat or in private messages.

Swatting is often considered a “prank,” but that’s an extremely generous definition. In a nutshell, swatting is when someone calls emergency services to your location under false pretenses – like a hostage situation, shootout, domestic violence, terrorist attack, or anything else like that.

The idea is to prank someone the prankster is having a dispute with. For example, if you won an item in a raid they wanted, they might try to swat you.

Unfortunately, swatting is not fun at all – and it’s not because it’s just scary and stressful and wastes the police’s resources. It’s because swatting is extremely dangerous – people can die because of it!

Doxxing is the act of making personal information about someone public. For instance, if a doxxer finds out what your phone number or street address is, they might spam it in the game’s general chat or on the game’s forums.

Why do they do this?

Maybe they want to harass you. Or maybe they think it’s just a harmless prank. The reason doesn’t really matter since your privacy will be compromised anyway.

A DoS/DDoS attack is a cyber attack where someone floods your network with unwanted traffic. They do it to the point where your network can’t take it anymore and is forced offline. Translated, that means you can’t go online anymore, so you can’t play your favorite MMO game.

Why would someone do this?

They could do it for the pettiest of reasons – for example, because you “disrespected” them in the game. And any wannabe hacker can run a DoS/DDoS attack without even knowing what they’re doing. You can actually buy DDoS attacks nowadays for as little as $10 on the dark web.

How to Stay Safe When Playing MMO Games

Okay so now you know how risky it can be to play MMO games. Does that mean you shouldn’t bother with them?

Not at all! You should definitely play MMO games. Just make sure you follow these tips to stay safe:

Nobody in the game needs to know what your social media account is, what your email is, where exactly you live, or what your phone number is. Keep that information a secret and don’t willingly share it with anyone that asks for it (unless you really know them very well).

You don’t have to deal with in-game abuse. If a player harasses you, just block them so that they can’t message you anymore.

But don’t stop there. Make sure you report them too – as many times as it’s necessary! An admin will eventually take notice and ban them.

VPNs are online tools that encrypt your traffic (make it unreadable) and hide your IP address. Here’s why they’re important:

Hackers rely on malware a lot, so you need reliable protection against it. Antivirus software is your best bet. The moment it detects any traces of malware, it automatically quarantines it.

Just make sure you keep the antivirus program running all the time. Also, don’t skip updates or you might get infected with new types of malware.

MMO gaming is tons of fun, but it’s also dangerous if you’re not careful. Make sure you follow our cybersecurity tips to stay safe. And if you’d like to share other pointers, we’d love to hear them.