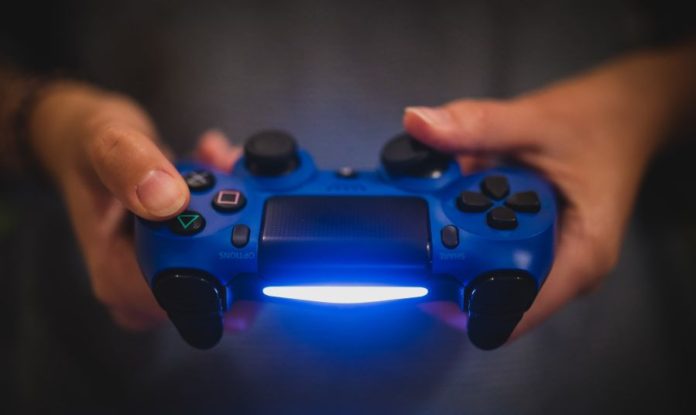 Gaming might be the most powerful and influential hobby that has ever existed. Mostly everyone that has access to a computer has had their turn playing one of the many video games available. Gaming is one of the most popular activities these days, and in some cases, it’s even a profession. Below, we’ll talk a bit about gaming, cybersecurity threats, and how you can protect yourself.

From point-and-click classics such as Phantasmagoria to next-gen giants like the latest incarnation of Doom, the game that started all of the FPS genres – there have been generations upon generations of gamers.

Like the generations pass by, so do the trends and capabilities of games and the machines running them. Remember, GTA V came out eight years ago at this point, meaning that time flies by pretty quickly.

Just as the digital landscape is changing, other conditions shift as well, including malicious individuals and malware. In this article, we’ll give a brief overview of the state of malware, hackers, and malicious individuals in gaming, cover how these threats influenced the market, and give you some top tips on how you can protect yourself.

For as long as there was a cyber world, there was cybercrime. The first malware popped up a long, long time ago, way back in the 70’. Since the first self-replicating virus, computer malware has become more sophisticated, and the trend boomed once the internet became mainstream.

Additionally, malicious individuals have been creeping on the internet almost as long as the internet has existed itself.

There have always been people who are looking to exploit new technology for their malicious and personal reasons – but the environment wasn’t ripe for cybercrime, not yet.

A couple of decades later, metal music is playing on the radio. You’re in your startup’s basement developing a videogame that would take gaming from “a simple and safe pass time for children” to something inspiring and revolutionary that has never been seen before.

And voila, you’ve created Doom. Doom started the gaming revolution, and it has forever changed the world of gaming, but did you know that Doom was distributed as shareware?

The Terrible Threats of Today

Well, you’re right, but you’re missing one crucial detail. Shareware was distributed via floppy disk, and the primitivity of computers at the time limited the potential for threats. Today, we don’t use floppy disks or even DVDs – we use the internet, meaning the way and time we consume information has sped up drastically from the olden days of trading physical memory.

The environment is more than ripe for cybercrime to flourish. Sure, the crackdown on cybercrime is as strict as ever, but it’s more rampant now than it ever was. Cybercrime costs the world about billions of dollars every year, and experts estimate even higher costs in the future.

Today, gamers are the prime targets for scams, malware, and cybercrime, as malicious individuals are always devising new ways to scam gamers out of their money.

Special sales on shady websites, microtransactions in games, fraudulent trading, smurfing, account selling – you name it, people are doing it. Additionally, gaming can be a heated affair. Online multiplayer enthusiasts can spend thousands of dollars tweaking their characters, purchasing better armor, or other boosts. Jealous opponents could try to steal such accounts and sell them to other players.

Aside from the scammers, hackers, and malware, censorship affects gamers as well. In some countries, access to specific games might be restricted due to offensive or dangerous elements. Geo-blocking, censorship, and less than desirable deals are the sad reality gamers have to face each day.

Not everything is doom and gloom, though. There are a couple of tried-and-true ways that gamers can use to protect themselves. Luckily, it does not involve giving up on gaming. These tips can help gamers hide their browsing history from the government’s prying eyes and companies looking to exploit data. Also, did you know that a simple location change can help you get access to games before their release in your country?

A gaming VPN is one of the most popular ways to protect yourself on the internet. For gamers, this means that suspicious players won’t be able to find their locations or retrieve other personal data. Additionally, a VPN helps you manipulate your IP address. Hence, you can quickly change your location. This trick is especially useful when you want to access certain games. For instance, many games might be country-specific, meaning that you won’t be able to play them from other regions. A VPN can easily fix it.

Gaming has been a huge part of many people’s lives. It has changed the world for the better, but sadly, just like any good thing in life, someone somewhere is trying to ruin it. Fear not, as long as you know thy enemy and stick to the protective measures listed above, we’re sure that you’ll be as safe as possible and free to enjoy all the videogames your heart desires.