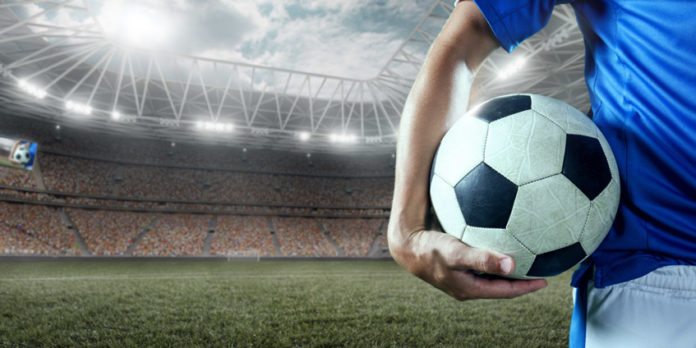 If you’re a regular “Fortnite” player, your character probably has a unique “skin.” The outfits or textures worn by characters in the game are often an expression of the player who uses them. Sometimes players like to make their characters look as much like their real-world selves as possible. In other cases, players go for a purely fantasy-based approach and end up with a character that looks nothing like them and doesn’t even look human. Almost anything can be achieved so long as you have access to the right skins, and soccer fans now have a whole new range of looks to choose from. Thanks to a new (and lucrative) partnership, the official matchday shirts of some of the world’s biggest soccer clubs are available within the game.

Sponsorships and licensing deals involving soccer clubs are nothing new – the sport is one of the most money-orientated in the world. Official soccer licenses are splashed all over everything from towels to snack foods and games at online slots websites. Perhaps it’s the latter that bears the closest resemblance to this new agreement between Epic Games and the world of soccer. For all the entertainment they provide and the wins that can be had on them, online slots like Fishing Frenzy exist to make money but it’s also a game about a popular UK sport. A cynic would say the same is true of “Fortnite.” Although the game is technically free to play, it makes its money through microtransactions, loot boxes, and skins. A player doesn’t always know what they’re going to get for their money until they’ve already paid for it. That’s the same gameplay mechanic that drives online slots, and not everyone is a fan of it. Nor is everyone a fan of the fact that if you’d like your character to ‘wear’ your favorite team’s shirt, you’re going to have to pay for it.

Epic did a trial run last year by inserting content into the game branded with the logo of Liverpool Football Club, but this new collaboration is much wider. The majority of the clubs who’ve approved the use of their shirts and logos in the “Fortnite” world come from the English Premier League and include Manchester City, West Ham United, and Wolverhampton Wanderers. Italian giants Juventus are included, as are Inter Milan and AC Milan, and American teams like Atlanta United and Seattle Sounders have also made the cut. There’s no sign of Barcelona or Real Madrid yet, but Spanish fans do have the option of ‘wearing’ the shirt of Sevilla. Similarly, Germany’s biggest clubs Bayern Munich and Borussia Dortmund are absent, but Borussia Monchengladbach and FC Shalke have agreed to appear, as have Wolfsburg. The rest of the 23 teams named so far are rounded out by clubs from Australia, Japan, and Scotland.

According to Epic’s Head of Global Partnerships, Nate Nanzer, this collaboration is about more than mere aesthetics. A whole new game mode is to be introduced, which will allow players to play four vs. four football matches using pickaxes. We’re not sure how the mechanics of that would work, so we’d have to see it in action before commenting further. If players enjoy that new feature, they’ll have the option of entering a tournament called the Pele Cup. Nanzer says this is just the beginning of the game’s relationship with professional soccer and professional sports in general and that more content will appear as the year goes on. It seems that the company, perhaps inspired by the success of its Marvel-themed events last year, will be focusing on themed or sponsored content for much of the next twelve months.

While this new content will become available to players on consoles, PCs, and most mobile phones immediately, Apple users will once again be left behind in much the same way they have been for the majority of the past six months. The dispute between Epic and Apple that dominated gaming news websites for much of 2020 hasn’t gone away, and “Fortnite” still hasn’t been restored to Apple’s App Store. Unless you can find a workaround using a proxy or another ‘backdoor’ method, there’s currently no way for people who only own Apple hardware to play the latest versions of the game. Even those who have reported finding back doors generally find that those doors get slammed shut quickly when Apple finds them. If you’re one of the people affected, you shouldn’t hold your breath for a resolution in the near future. Rather than improving, the relationship between the two companies seems to be getting worse. Having filed lawsuits against Apple in the United States of America already, Epic has started 2021 by filing new, separate lawsuits against Apple in the United Kingdom, the European Union, and Australia.

The content of the lawsuits filed in the new territories is essentially the same that’s found in those filed in the USA. Apple stands accused of operating unfair business practices and charging unreasonable fees for access to the App Store while simultaneously engaging in anti-competitive practices by favoring its own products. In its rebuttal, Apple says that Epic had broken the agreement it signed up to when “Fortnite” was first listed on the App Store and has tried to engage in clandestine behavior by introducing features that circumvent Apple’s policies. Legal experts who’ve reviewed the matter ahead of the pending court dates say that both sides might have a point, and so it’s likely to be a difficult court case with an uncertain outcome. When an outcome does eventually arrive, it’s likely to have huge implications not just for Apple but also for Google and other companies if Epic is victorious.

We’ll come back to the matter of the court cases when there’s something new to report. In the meantime, you’re now free to use “Fortnite” to get your soccer gaming fix if you so desire. The content has already gone live across several territories and is expected to become available everywhere in the world (for everyone other than Apple customers) over the course of the next two weeks. Let us know how playing soccer with axes goes – we can’t wait to see how that turns out. It certainly isn’t the game that Pele remembers!