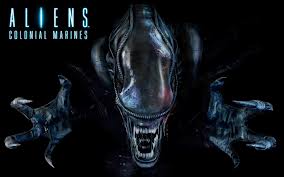 Yesterday, a trademark was spotted by Siliconera for a new Alien game called Alien: Isolation. It is being developed by Creative Assembly, and will apparently feature the daughter of the films protagonist Ellen Ripley, Amanda Ripley, as the main character.

According to a report by an anonymous Kotaku source, this will be a new first-person shooter which aims to mix stealth and horror in a similar fashion to that of Dishonoured and Bioshock.

Sega have apparently taken on board the critical mauling of Aliens: Colonial Marines and is apparently determined to make sure this is a much better game. Kotaku’s report said the game has already been delayed once in an attempt to make sure of the games improved quality, meaning it missed an announcement at E3 this year.

The game is apparently heavily influenced by the first Alien film, being set on a single space station with only one alien for most of it, and a heavy dose of vents, lockers and melee weapons, Kotaku’s source reports.

Keep in mind the information gathered by Kotaku is approximately a few months old, so information could have changed since then, and they decided to report following the name being trademarked.

Alien: Isolation is apparently on course for release on current and next gen consoles (I assume PC as well) for release sometime in 2014.

This seems like some exciting news for fans of the films, and a good chance to explore the character of Amanda Ripley, who only mentioned in the Special Edition of Aliens, and in novelizations of those books, so it will be interesting to get a better look at the character.

Perhaps even better for fans is Sega taking the critical reception for Colonial Marines seriously in making this game, and hopefully they can really deliver the Alien experience that the fans have craved.