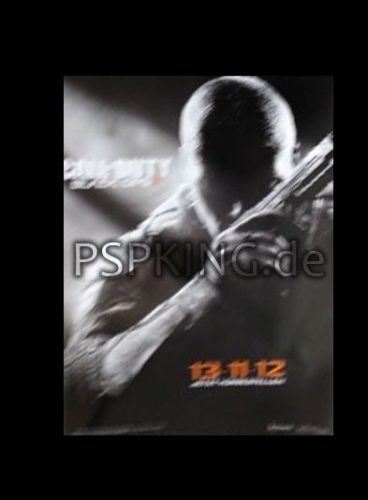 Although it says “confirmed” in the title, I should let you know that the Call of Duty: Black Ops 2 (the next game in the CoD series, obviously) has not been confirmed by Activision yet and therefore we should consider all these simple rumors. Especially when the first and only poster that we have is a pretty blurry crap-shot where nothing but the name of the game and the release date is seen.

But if the image is not fake, it means that Call of Duty: Black Ops 2 will be released on 13 November 2012. Which might seem strange, since that would mean that the new game would be released on Tuesday – usually, big games are released on Fridays to give gamers a chance to fully experience them over the weekend.

Except for the release date of Call of Duty: Black Ops 2, we don’t have many details – a bit of new stuff regarding new perks but on that I will have to write a different article, so make sure to check back soon for all the leaked details (which might be nothing than the result of somebody’s imagination)!