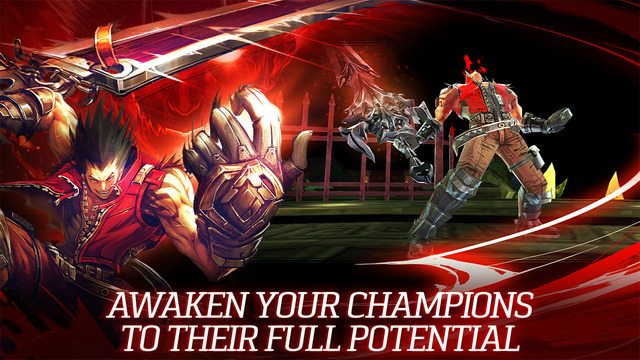 Gamevil have just announced that starting today, there’s a new class to strut its stuff in the action RPG Kritika: The White Knights. The Burst Breaker is the new class in the game, a big damage dealing rebellious warrior that melee fans will definitely love. This makes it 9 characters to choose from in Gamevil’s RPG, which is pretty impressive!

Armed with a sword and power gauntlet, the Burst Breaker looks really fun and has some interesting skills, as you can see below:

Fury Fist: Perform a flurry of attacks stunning enemies for a short time.

Heatwave Hook: Slash the target multiple times and finish them off with a devastating uppercut.

Meteor Rain: Jump into the air and slam down dealing damage and stunning enemies caught within the blast.

Volcano: Collect energy into your gauntlet and release a large flame pillar that inflicts massive damage to all enemies.

Apart from adding the Burst Breaker to the game, the latest update also brings in some much needed Crimson Assassin changes: the “Shuriken Backlash” and “Deadly Assassin” will now be Magical Attacks, while “Lumber Blast” and “Shadow Assault” will deal physical damage. The Meditation skill is also boosted a bit, increasing both the critical rate damage and rates the skill offers.

Kritika: The White Knights is available for free on the iPhone and iPad and it’s very likely that we’re going to see more updates in the future, so it’s definitely a game try if you are not playing it already!