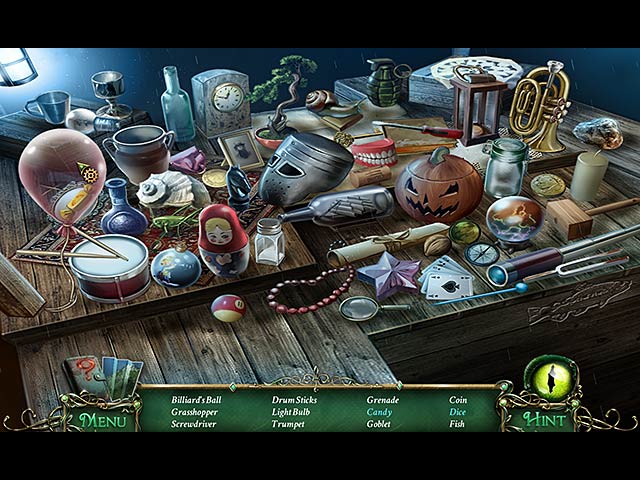 August was a pretty slow month in terms of great casual games, probably because everybody was trying to get the last bits of real sun on their skin and focused less on developing games. However, we did have some notable releases in the month that has just passed, and I am here to share those games with you in case you’ve missed them. So let’s check out the best casual games of August 2013 below!

9 Clues: The Secret of Serpent Creek 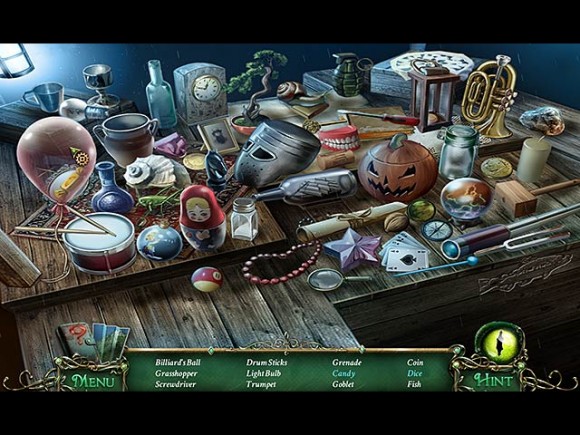 A paranormal private investigator receives a frantic call from her reporter friend Helen, who pleas in a terrified voice for her to leave immediately for the coastal town of Serpent Creek. Urged by her friend’s desperate request, the detective arrives at her destination only to find no trace of Helen. Strangely enough, no one from the sleepy town seems to remember seeing the blonde reporter. Weirder still, the town’s streets are crawling with snakes, the citizens seem to be sleepwalking through life, and the ground shakes with violent tremors. Can the detective save her friend, reveal the corruption and hidden agendas of the town’s citizens, and stop an evil plot to bring the Snake God back to our world? 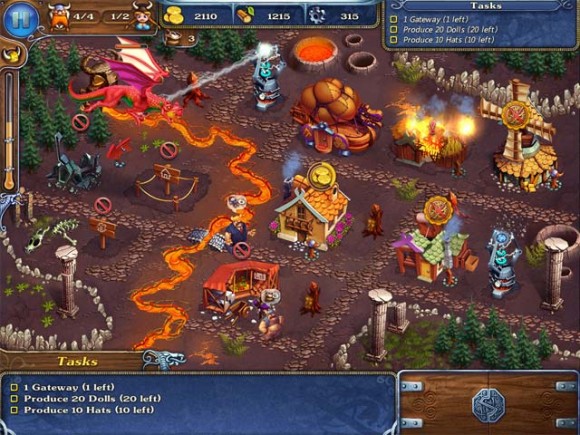 The once peaceful village of Hawksworth has been torn apart by huge earthquakes. The Dragon, Yggdrasil, who has been sleeping quietly at the roots of the Tree of Life, has awoken from his thousand year slumber and has begun to incinerate the roots of the tree. The strongest warriors of the village have embarked on a quest to find the four elemental runes and fight the Dragon! Will they be able to find the missing runes and save the Viking Worlds? Guide them to success and defeat the Dragon in this action-packed Time-Management adventure! 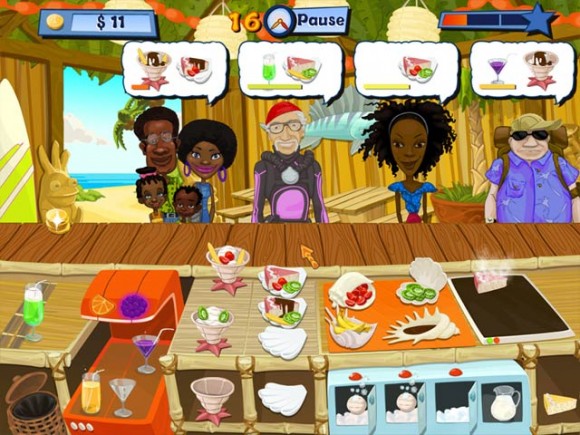 Cook a variety of dishes from all around the world and become an expert chef in Happy Chef 2! Start from humble beginnings in an authentic Italian restaurant. Gain cooking expertise and travel to Hawaii, America, China, and France becoming a world famous chef. Upgrade your kitchen with fantastic new equipment, decorate your restaurant and serve a huge variety of customers with unique tastes and preferences in this Time Management game! 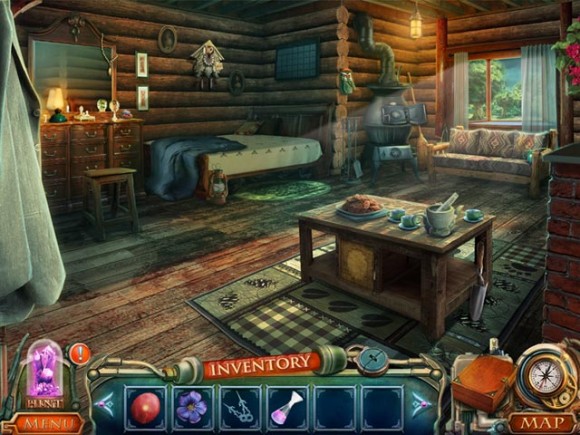 Uncover the secrets of a picturesque mountain resort in Strange Discoveries: Aurora Peak! The town of Aurora Peak was a wonderful place when you were growing up – the locals were friendly, and the mountain was peaceful and inviting. Things have changed since you were kid. When you come back to town years later, you see that an ominous cloud hangs over the mountain, and plants and animals in the area have started to… change. It seems to be natural phenomenon connected to some strange local crystals. But the devious plot you start to uncover could endanger the entire world! 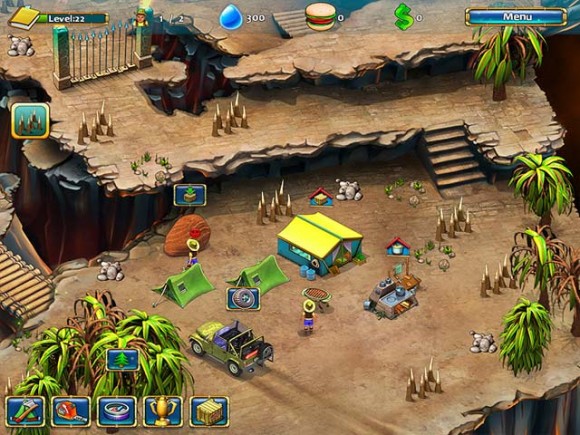 Carve a path through an unforgiving wilderness to rescue a hero trapped by a villain! As you balance time and resources, you’ll also invent clever machines to accomplish special tasks, make friends with a Yeti, and prepare for the impending showdown against your enemy. Finders will provide hours of unforgettable fun!

Nightmares from the Deep: The Siren’s Call 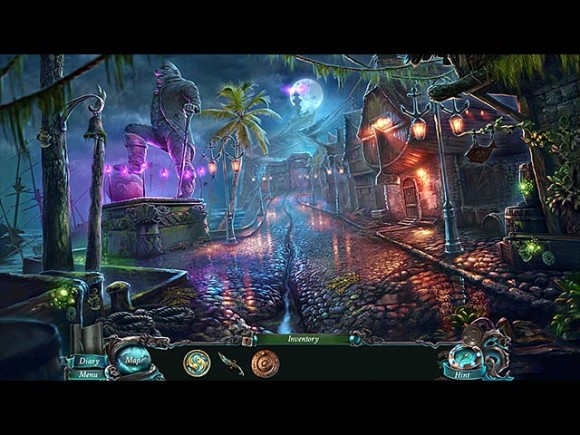 Nightmares from the Deep: The Siren’s Call is the sequel of the smash hit Nightmares from the Deep: The Cursed Heart. It is an epic adventure story with an exciting plot, outstanding puzzles, and unforeseeable depths of twists and turns. When Sarah Black, the curator of the Caribbean Naval Museum, receives a package from a mysterious messenger, she is unwittingly drawn into an ancient conflict. Moments after she opens the package to reveal an artifact, assailants descend on the museum and rob her of it. She can hardly believe that this is the beginning of a new nightmare from the deep! After blacking out in the museum, Sarah finds herself on the shores of Kingsmouth, a forgotten fishing town with an incredible secret. The would-be messenger reveals the sad truth: he and the rest of the town’s denizens are suffering from a curse that is gradually turning them into aquatic creatures. A curse that was cast by two powerful beings: the mayor, Murray, and the sea-devil: Davy Jones.

Imperial Island: Birth of an Empire 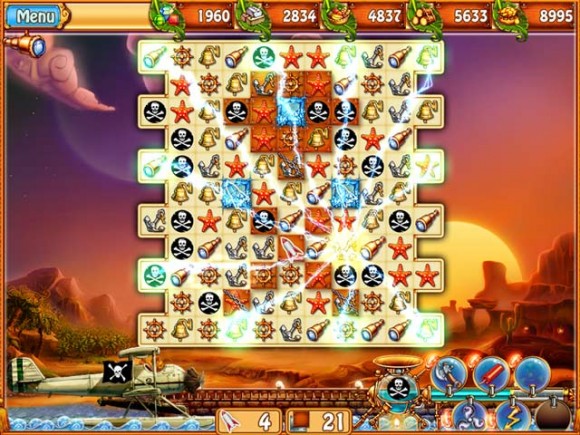 Help Emperor Omadan rebuild a prosperous empire in Imperial Island: Birth of an Empire! The wise Emperor Omadan once ruled over a great empire. The territory flourished, bringing joy to its people and arousing envy in Omadan’s enemies. After many years of prosperity, the enemies of his great empire launched a relentless invasion. To avoid the destruction of his people, the Emperor made a difficult but wise decision. He fled along with all of the survivors to seek a land where his empire could begin anew. 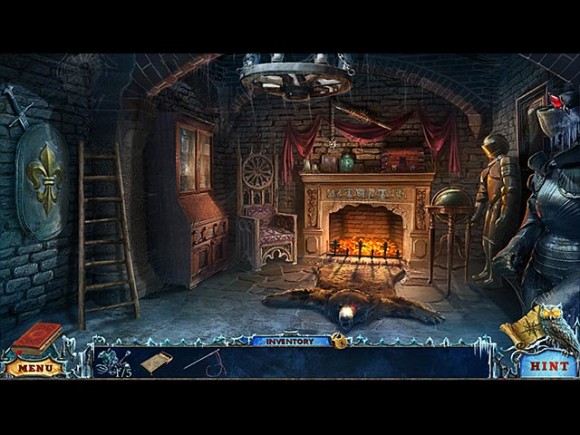 The year is 1866. You’ve traveled for days to reach a castle hidden deep in the Carpathian Mountains only to discover you’ve been asked to join the mysterious League of Light, a secret group dedicated to fighting dark forces. You’ve barely said yes before you’re sent on your first mission, to investigate a beast that is terrorizing the mountain village of Sorrow’s Well. Is this beast real? Who’s behind it? What’s really going on in the Dark Lord’s castle on the hill? No one ever said being in the League would be easy!

Left in the Dark: No One on Board 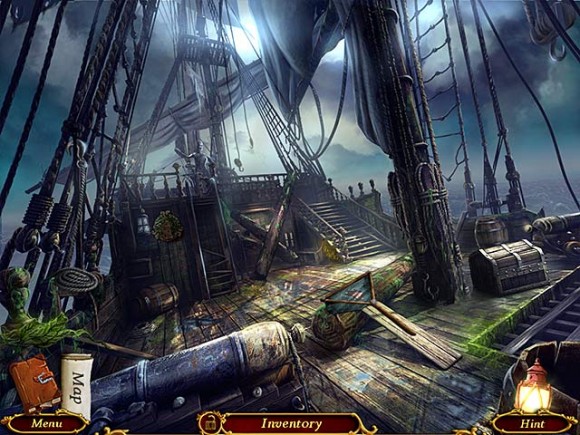 Left in the Dark: No One on Board is a hidden-object puzzle-adventure game with a moody ambience and creepy setting. Private Detective Charlotte Austin knew this case was going to be an odd one after reading the letter from the Mayor of Portsmouth. In it, he asks her to solve the mystery of a ship that disappeared at sea and then reappeared a few weeks later with neither crew nor cargo. Her initial attempts to draw logical conclusions based on the evidence fail utterly. Charlotte realizes there may be something to the curse the local press is writing about. After encountering a hooded figure with a hook on a supposedly abandoned ship in a series of eerie events, she fears the mystery is much darker and deeper than she originally thought. Charlotte has to discover what connects the ship’s disappearance with Devil’s Island and a family’s unsolved murder. But will she find the allies she needs to break the Curse of the Traveler? 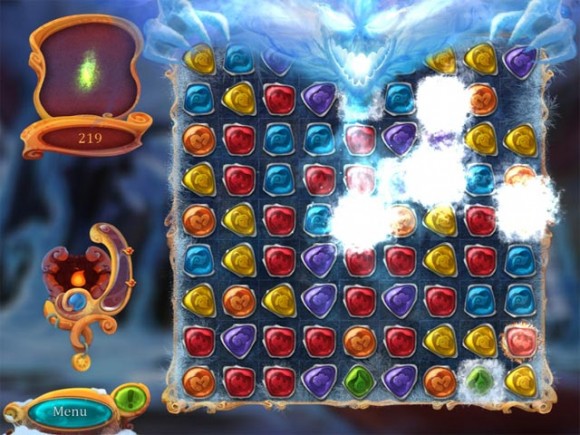 Match tokens to break a curse that has cast a frozen pall over a once warm and lush land! With each step of your journey, you’ll gain access to new game modes and bonuses and earn achievements for a job well done! With beautiful hand-drawn graphics, simple point-and-click controls, and special logic levels, The Snow will warm your heart for hours on end!

And this is it! We finally had a month that was not completely dominated by hidden object adventure games, and I think that we can consider this a win. A win, because we get the chance to try out more games from different genres!