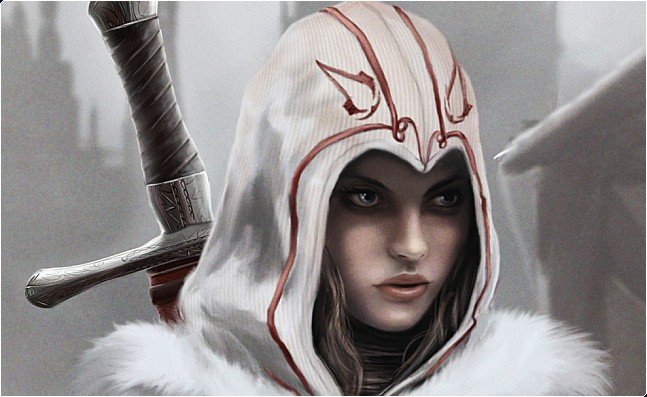 Assassins Creed Unity announced at E3 that fans would be able to customise the appearance of their assassins when tackling the four player coop mode; that is as long as you don’t want to play as a woman.

The new addition to Assassins Creed Unity will not be featuring any playable female assassins, the reason according to James Therien, in an interview with Videogamer is:

“It was on our feature list until not too long ago, but it’s a question of focus and production. So we wanted to make sure we had the best experience for the character. A female character means that you have to redo a lot of animation, a lot of costumes. It would have doubled the work on those things”

It appears that the main reason you won’t get to play as a female assassin in this Assassins Creed is because it would have been too much hard work, despite 9 different studios working on the project.

Female Assassins have cropped up in the series since Brotherhood allowed you to recruit female assassins, since then women have been playable as online characters and the PS Vita title Assassins Creed Liberation even featured a female protagonist.

There’s no doubt that a high percentage of gamers of female, why wouldn’t they be gamers? Gaming is awesome! And whilst some games such as Mass Effect and the Elder Scrolls series have given players the option to play as both genders, Penny Arcade reported a study showing that out of 669 games, only 45% had the option to play as a female character while a measly 4% had a female lead.

It would appear that in developing Assassins Creed Unity, Ubisoft didn’t unify the genders for the French Revolution. What are your thoughts on Ubisoft’s decision? Let us know in the comments or Tweet me @JonathonAalders