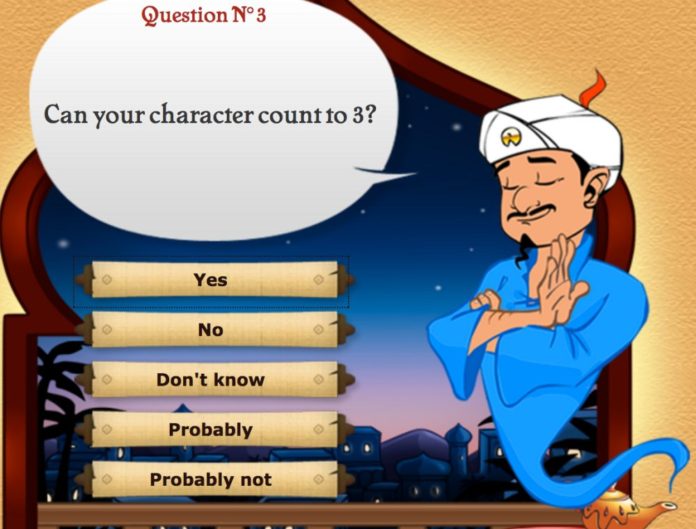 Akinator is an AI-powered genie. Better yet, he’s a virtual genius. Born of Eastern folklore, the genie has magical abilities. This one can guess what you’re thinking—literally. There’s no trick, either; this is the tale of AI made fun.

10 Years Prior
Akinator was invented over a decade ago. A team of French IT engineers leveraged cutting-edge computing research to create the “smart” genie. Akinator boasts an AI engine that can implement deductive reasoning with startling speed. 10 years ago, this was very cool. Today, it is still very cool.

Since its creation, Akinator has gotten smarter. It draws from a database of previous questions and answers, always getting wiser over time. As more people play, the genie asks better questions to win even faster. Additionally, the AI will never become outdated, because it learns from the new characters we feed it. You can think of a celebrity from the 1990s or a fictional character from a 19th-century novel. You can try to fool Akinator with a YouTube star from this year. Chances are, he’ll guess the correct answer. 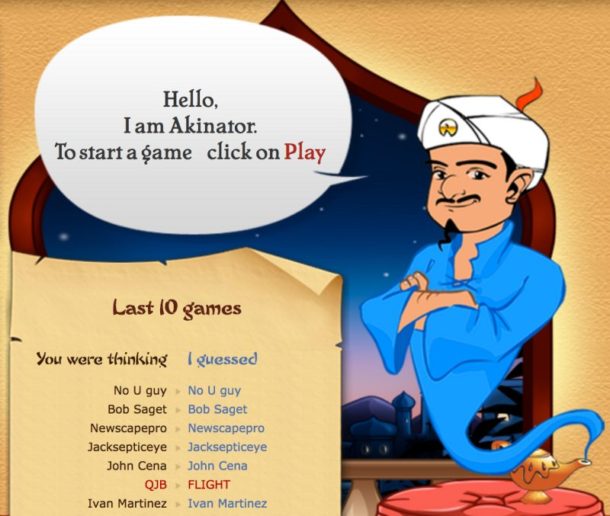 AI logic drives the Akinator’s stream of questions. These depend on your specific answers, as well as current pop culture. Right now, Akinator might begin by asking, “Is your character a famous YouTuber?” That’s because the most common played characters are YouTube stars. A year ago, this wasn’t the case. Thus, Akinator’s opening question was different. He really is a smart genie.

5 Answers
Traditionally, players answer “Yes” or “No” when playing Twenty Questions. The all-knowing Akinator game on Poki is more forgiving, allowing ambiguous answers, too. If you haven’t a clue regarding one of his questions, you can choose “Don’t know.” If you are only somewhat unsure of an answer, you can respond with “Probably” or “Probably not.” These are necessary features, because the genie occasionally asks odd questions (“Does your character ride roller coasters?”). If you don’t know, that’s okay. 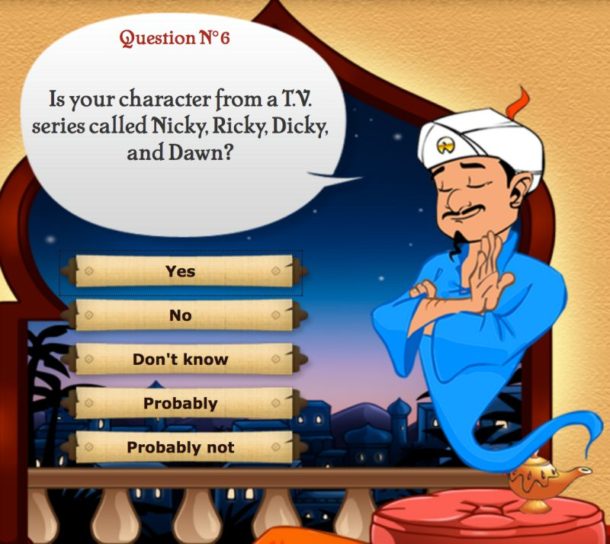 Additional Features
There are a bunch of fun extras after playing against the Akinator. At the end of each game, you can view a historical chart. It will show all of your answers, as well as what the genie was expecting. I’m not sure exactly how the AI works, but he almost always expects the correct answers. In addition to viewing the post-game report, you can contribute to other players’ experiences. Add a picture or question, and the Akinator might use it when playing with others. He’s a unique genius, and if you’re willing to play, be prepared to be amazed.