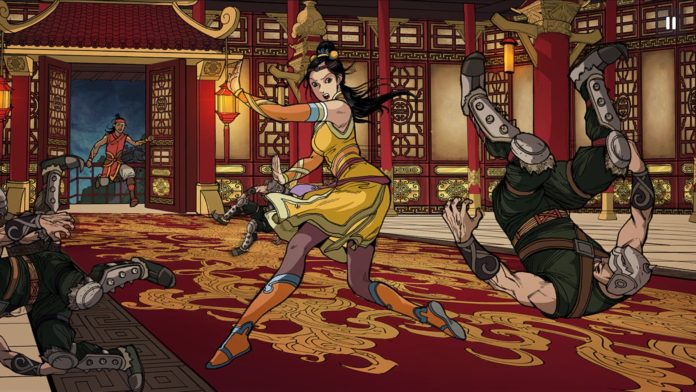 In a fantasy Chinese Martial arts universe, there lives a princess. Princess Shuyan, to be exact. Having no interest in politics of any sort, she spends her days venturing through the city in hopes of finding something new and exciting. She trains in the art of Kung-Fu and becomes a skilled fighter. Her days are rather carefree, but when an ancient magical power threatens to take over the five kingdoms, Shuyan must make a decision.

Shuyan Saga is a visual novel with 3D action combat mixed in for good measure. You play as the titular Shuyan in her journey to save her kingdom. Without spoiling too much, you’re quickly thrust into the perils of Shuyan’s kingdom. With everything on the line, she must embark on a journey to save her kingdom, unlock the ancient power inside her, and most importantly discover her purpose. 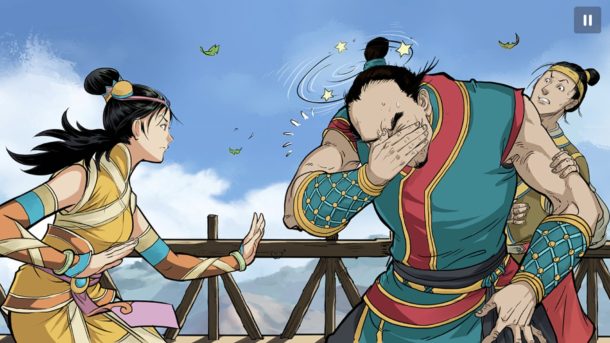 Shuyan Saga’s story plays out in quick moving comic book styled scenes. Each hand-drawn scene is absolutely beautiful and captures the mood and pacing of the current scene. There are over 1,400+ art panels to be seen across the entire journey, and that is quite the feat. The artist behind these amazing panels is Daxiong, or Guo Jingxiong, a prolific comic book artist who has drawn for Star Wars, Dark Horse Comics, DC Comics, and more. Every scene is fully voiced as well, and the voice acting is good! Kristin Kreuk (Smallville, Beauty and the Beast) plays Shuyan and she does an excellent job voicing her.

During certain story segments, the game will present dialogue or action choices. Much like a TellTale game, these boxes begin to slowly shrink signifying that you have a limited amount of time to choose. These choices and slightly or moderately alter the course of the story, so make sure you choose wisely! Overall it shares the same structure of a standard visual novel, but the auto-advancing dialogue and quick choices make for a smoother experience that flows well.

But of course Shuyan’s journey will be filled with peril, and that’s when the fighting scenes come in. Action segments are split into two parts: “Arena” mode and “Focus” mode. Arena mode presents the action from a top-down perspective. These actions scene sort of play like one of the Batman Arkham games, just a little less complex. Clicking on enemies will make Shuyan perform a basic strike, and you can rapid click for more damage. You can block, dodge roll, heavy attack to break blocking, and more. 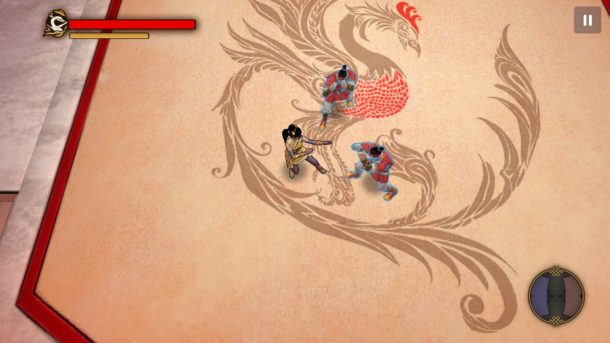 Eventually though, the camera will zoom in on the action when you’ve engaged with one specific enemy. This is the Focus mode, and as the name implies, it focuses on a single target for more in-depth combat. In this mode Shuyan can strike either high or low, and the enemies will become more responsive. Mindlessly clicking will probably end up with you attacking a blocking enemy. If you attack the position your opponent is blocking too many times, they’ll counter attack you so you need to be smart about your moves.

Focus mode is where the combat shines in Shuyan Saga. Reading your opponent and attacking where they’re vulnerable gives the fights a nice flow, almost like real kung-fu! Shuyan can even perform special fighting game styled moves. For example, inputting two low attacks followed by three high attacks will have Shuyan perform the Mountain Leap technique, where she lets out two low kicks follow by a rapid flurry of high kicks ending with a jump kick. Awesome stuff! 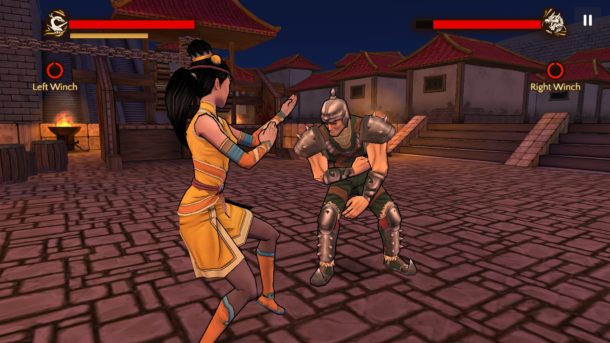 As you progress through the story Shuyan will learn more techniques and skills. Enemies will start to perform unblockable attacks that must be “greeted” – a sort of parry move. As we learned more and more moves, this is unfortunately where Shuyan Saga starts to feel a little clunky. The game was clearly optimized and designed for a mobile experience (the game is also on iOS and Android), and you can even see that in the help tooltips where it tells you to tap on things. Attacking high and low is seamless and intuitive on a touch screen, but in the PC version you have to tap on the upper and lower halves of the screen. It takes some getting used to but even when we got accustomed to it, we found ourselves accidentally using the wrong moves.

The pacing can get a little bumpy at times too. While the Arena mode portions of the action scenes were fun at first, the game began to throw more and more enemies at us with little variation between them. Eventually they started to feel more tedious than engaging, especially when the story is about to hit a pivotal moment only for a bunch of bad guys to interrupt everything.

The controls are only a minor setback in the big picture of the game though. Shuyan Saga delivers an epic tell of a spunky, rebellious princess coming to terms with her destiny. While it sounds pretty familiar, the cast is a likable and the plot is engaging. The game will have you hooked wanting to see what happens next.