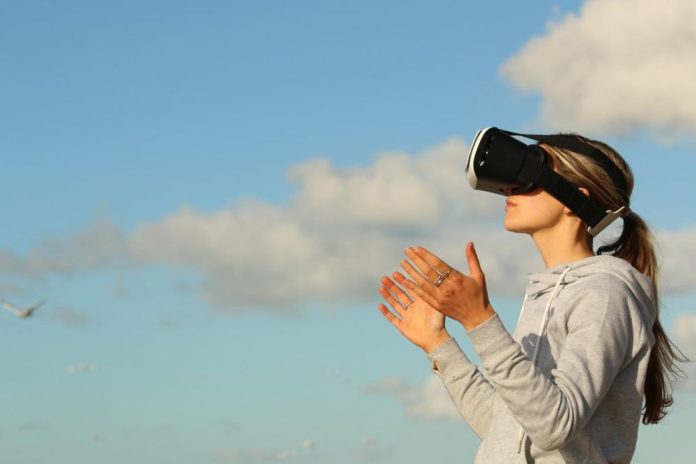 After years of excitement and promises by the gaming industry, virtual reality is finally showing signs of taking hold and becoming a more common technique in gaming. Although there are currently several VR devices on the market right now– like the HTC Vive, Oculus Rift, Samsung Gear VR, and soon, the Playstation VR– the headsets alone do not always offer a fully immersive experience into the game.

As of now, most of these headsets are still used in conjunction with traditional controls like the Vive controller, Oculus Touch and Xbox One controller. These have offered new breakthroughs in the way we play, but new virtual reality peripheral devices are offering the promise of a fully immersive experience that truly skews the line between boring old normal reality and virtual reality.

With VR devices finally gaining momentum and becoming common, developers around the world are racing to create the most innovative and realistic ways of helping gamers have a fuller experience. While some offer the promise of changing the way we play and live forever, some are unrealistic at the moment and may catch on. However, they all offer exciting possibilities and an amazing virtual experience that could lead to further developments. Here is a list of some of the most exciting virtual reality peripheral devices that are available now or in the works for the future.

Oculus Touch
If you are familiar with the Oculus Rift, chances are you have already heard of this new device. These handheld controllers are considered to be the missing pieces of the headset and offer further expansion into the virtual experience.

Unlike some other controllers, the Oculus Touch is not a pair of gloves, but a half-moon-shaped pair of controllers. The motion-sensing technology and haptic feedback allow for realistic hand movements and reactions. To use, you would put your hands through the controllers and use buttons similar to traditional controllers. They consist of thumb stick, four buttons and a trigger.

The similarities between this device and traditional controllers with which gamers are already familiar could make this device a smooth transition into from conventional gaming to virtual reality.

2. Manus VR
This is one of the more exciting devices, as it specifically seeks to create a more realistic experience in virtual gaming. The Manus VR is different from other glove-style controllers in the fact that it allows you to immerse your entire arm into the experience.

The goal is to skew the line of reality and cause one to forget the fact that he or she is using a controller. Like the Hands Omni and GloveOne, it allows you to articulate your fingers without the need of a traditional, plastic controller. This is another device that could realistically catch on quickly and change the way we use our hands while playing.

3. Leap Motion
The Leap Motion is a device that is currently available and compatible with the OSVR platform. It has been around for some time but now has a better chance of catching on with the emergence of VR headsets in gaming.

This is a hands-free device accurately tracks the movement of your hands and fingers to add gesture controls the gaming experience. For use with headsets, it can be attached to the front of the Oculus Rift. It can also be used with a PCs and Macs via USB attachment. It has a very precise form of motion-sensing technology and has the promise of changing the way we use our hands in gaming. 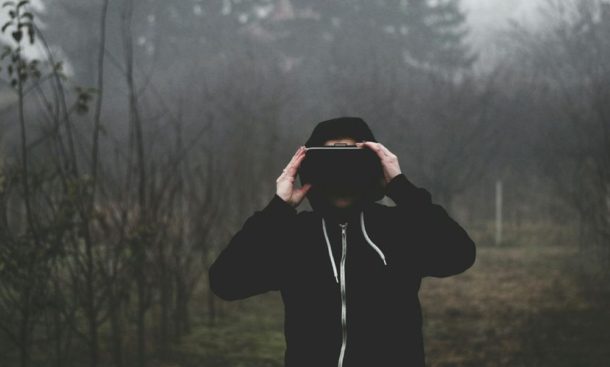 4. Virtuix Omni
This is one of the more interesting devices out there. It is a directional treadmill that allows one to actually control their whole-body movements in game by walking, running and jumping.

Although this bulky and expensive device is not likely to take off any time soon, it does provide an interesting look into what the future of VR may look like. It would allow one to fully immerse his or her body in the experience and create a more active way of playing. It is available now but there are new developments being added to remove bugs and make it more practical.

Perhaps even more interesting are the possibilities of this device outside of the gaming world. New developments could lead this device– or others in the same family – to be used in data gathering that could be eventually be used in anything from physical analyzation to medical malpractice suits.

5. 3D Rudder
This is another device currently on the market that focuses more on a full-body gaming experience. The 3D Rudder is basically a footpad that detects movements by slightly leaning in certain directions.

Unlike other devices that focus on leg and foot movements, this device allows you to control your movements by sitting. This makes it more practical for those looking for a fully immersive experience without all the sweat and exhaustion of some similar devices.