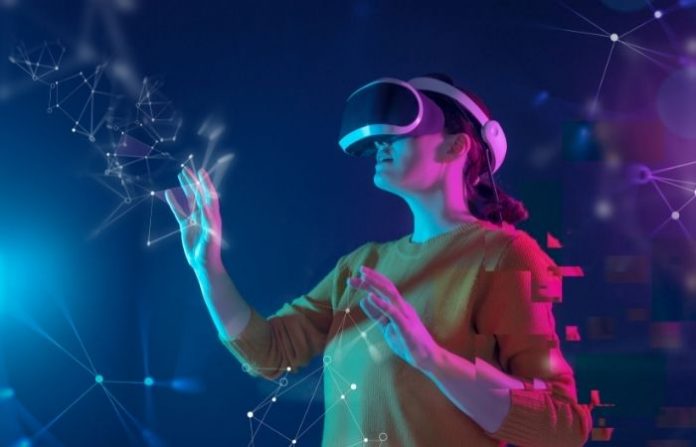 There are many great MMORPGs to select from, but if you’ve never played one before, you should start with a free one before moving on to the more pricey ones. So, if you’ve always wanted to try an MMORPG but don’t know where to start, here is a list of some of the best free MMORPGs to try.

What is a VR MMORPG?

MMORPGs, or massively multiplayer online role-playing games, are a form of video games that let players explore enormous virtual landscapes in a customizable avatar and connect with thousands of other players in PvE or PvP scenarios to take down massive enemies.

Here are some of the best MMORPGs to try:

OrbusVR: Reborn is a real RPG for the franchise fans, with several excellent mechanics. OrbusVR appears to be an MMORPG about meeting new people and performing quests. This game, on the other hand, offers great role-playing gameplay that the other two games on the list lacked.

Eight active classes, the option to hunt for fish or make things, PvP, and, most notably, pet dragons are among the role-playing aspects. OrbusVR: Reborn also has a variety of game types, including ten-player raids and five-player dungeons.

Zenith VR is a VR MMORPG framework, an Action Anime Combat RPG game inspired by JRPG MMO interactive games that support many platforms. This game was released in January 2022 and is one of the latest games here on the list. This game is an action RPG that is also a gigantic virtual reality MMO at its foundation. Zenith quickly became one of the most popular games of the month after its debut, and it’s all because it’s so amazing.

This game has all of the elements and features that make any MMORPG fantastic, but it is based entirely on virtual reality adds an extra layer of intrigue. For example, Oculus Quest, Quest 2, Rift, Playstation VR, and SteamVR contain exhilarating action games in which players can quickly lose track of time due to the interactive layout of the game, which resembles the realities.

With well over 100,000 concurrent players online at peak periods of the day, RuneScape is still as popular. Over 295 million accounts have been established in the previous 20 years, and while many of them are now dormant, a large percentage of them are still active.

RuneScape’s attraction is unique in that there is no single characteristic that can be identified as the basis for its popularity. Mining and Smithing are trade abilities that can help you prosper and survive. Train your Woodcutting and Fishing skills to become a skilled gatherer, or strive to be one of Gielinor’s finest heroes by completing hundreds of missions.

In Fall 2020, Ilysia, a room-scale virtual reality massively multiplayer online role-playing game (MMORPG), received funding via Kickstarter. The game appears to be all you’d expect from such a big game, allowing players to play as humans, elves, dwarves, and other creatures in fascinating adventures. In addition, the VR component allows fans to explore an open, immersive fantasy world.

Roblox is a prominent gaming platform launched on September 1, 2006, by Roblox Corporation and supports a range of platforms, including Windows, Xbox, iOS, Android, and macOS. Furthermore, the VRMMORPG platform allows other users to program games and play games created by others.

To put it another way, it’s a free-to-play game with in-game purchases made using the virtual currency known as Robux. Find out just how much $1 in Roblox is worth. It also serves the role of the imagination platform, which allows you to create and enjoy 3D games online.

Join friends from all over the globe to talk, hang out, explore MILLIONS of player-created rooms, or create something new and fantastic to share with the rest of the world. Rec Room is a free game that works on phones to virtual reality headsets. It’s the social app that you use as a game!

The Vendetta Online is a massively multiplayer online role-playing game developed by Guild Software and released on November 1, 2004, for Android, Linux, Mac OS X, iOS, and Microsoft Windows. For the first and third-person interface and real-world environment, this gaming platform utilizes the NAOS game engine, which is a complete real-time combat and flight system.

Furthermore, the gameplay revolves around precisely aligning a shot against an opponent ship while evading incoming fire. Because the ship travels in three dimensions, newcomers might find the game’s mechanics difficult to grasp. With the mouse or gamepad, you can effortlessly control the ship.

A Township Tale is a low-cost action RPG specific to Quest 2, and it’s definitely one of the best games. In this game, the players can traverse a vast globe “packed with adventure, peril, and ancient mysteries”.

Players may play various characters in the game, including blacksmiths, soldiers, miners, and woodcutters, and complete their goals. The game also has a thorough leveling and progression system, essential in a role-playing game. “Will your narrative become a legend, or will you end in tragedy?” reads the game’s description on the Oculus shop website.

With a collection of 25,000+ discussion places and increasing, VR Chat is one of the world’s most popular social VR platforms. It began in 2014 as a multiplayer online virtual reality platform where players may communicate with one another, travel to different locations, and obtain 3D objects. It began as a Windows program compatible with Oculus but expanded to include HTC Vive, Windows Mixed Reality, and valve Index. The platform is so popular that Gucci released a virtual shoe in March 2021 that could only be worn on a VR platform like VRChat.

The game’s Kickstarter campaign began in early December and raised its original funding goal in under four hours. All stretch goals were met, and the crowdfunding campaign finished with slightly over $134K USD raised. Backers of the project may begin reserving usernames and joining up for the game’s closed alpha test right now.

We hope that you liked the above list of all the fun virtual reality games. Thank you for reading!