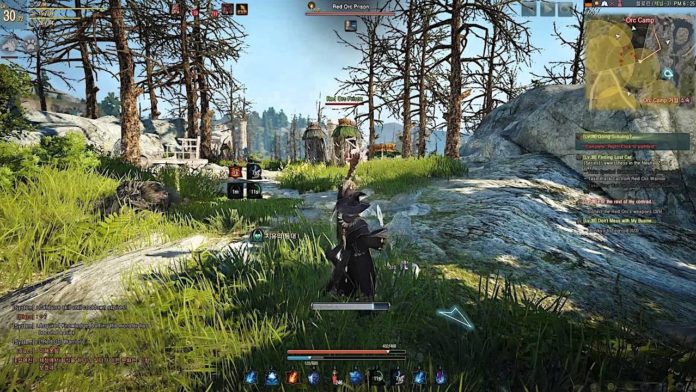 Pearl Abyss today announced that Black Desert, their all-new open-world fantasy action MMORPG on Xbox One, is now available for pre-order prior to its full launch on March 4, 2019. For players interested in earning exclusive rewards, pre-orders of the Standard ($29.99 USD), Deluxe ($49.99 USD) and Ultimate ($99.99 USD) Editions will provide early access to the full game and various benefits such as in-game items, horse armor and more. 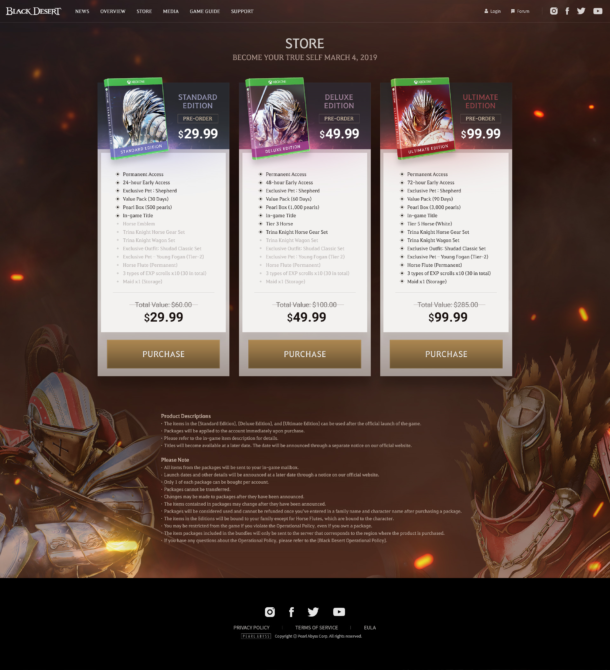 Owners of the Black Desert Ultimate Edition pre-order will get Early Access to the full launch build of Black Desert on March 1, 2019. In addition, the Ultimate Edition grants the most in-game rewards and exclusive items, including pets, horse armor, costumes, currency and other benefits. Deluxe and Standard Edition owners will benefit from pre-ordering with exclusive in-game items as well, with Deluxe Edition access starting March 2 and Standard Edition on March 3.

“After the enthusiastic reception of the Black Desert open beta in November 2018, our team has been hard at work making significant improvements to enhance the base game ahead of launch on March 4”, said Robin Jung, Chief Executive Officer at Pearl Abyss. “We appreciate the feedback we received from our Beta testers and the Xbox community and look forward to sharing the final experience in the coming months.”

Black Desert boasts next-generation visuals and skill-based, real-time combat along with unprecedented detail in character creation. Redesigned for the Xbox One, Black Desert will feature a new story line, remastered graphics and audio and an optimized UI created specifically for a fluid, responsive console experience. With 4k Ultra HD support for Xbox One X, Black Desert presents stunning visual environments that enable players to become their true selves in an expansive, living world.

A press kit for Black Desert on Xbox One can be found here.

About Black Desert
Black Desert is an open world action MMORPG with cutting-edge visuals and skill-based combat that redefines the genre. Black Desert has the most fully developed character customization system of any game that is currently on the market. This feature allows users to break out of the norm and make unique characters that truly represent each and every player. Its intuitive controls, beautifully designed world and extensive lore will excite both newcomers and veterans of MMO games and action RPGs. Black Desert Online for PC has been successfully launched in over 150 countries, is available in 12 languages and has over 10 million registered users.

About Pearl Abyss
Best known for the MMORPG franchise Black Desert, Pearl Abyss is a leading developer in the game industry. Established in 2010, Pearl Abyss has since developed Black Desert for PC, mobile and console. With all their games built on their proprietary engine, their games are renowned for their cutting-edge graphics. The company has two new projects in the works and is poised to continue its growth through 2019 and beyond to maintain its position as one of Asia’s leaders in game development. More information about Pearl Abyss is available at: www.pearlabyss.com.