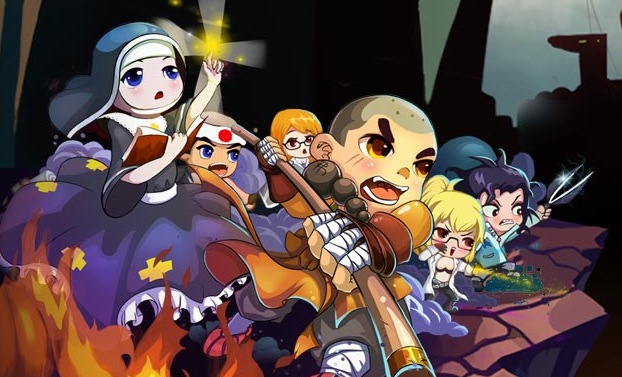 Zomber Squad is a new zombie game from Omprus; you can read unigamesity’s review here. This browser-based game presents a real time battle system that allows players to freely arrange a squad and order all its movements and attacks. It’s not always easy to succeed, enemies spawn randomly around the battlefield and they can come from any direction too, as so, several techniques must be considered.

First thing you need to have in mind is that your squad can have a limit of three members, however as you advance in the battling system you’ll get more and more enemies, not just in number but also in strength and toughness. You can have a pet to assist you in battle but you need to regularly feed the poor animal or it will bite you. Finding food for your pet is most of the time a hard task, so if you’re not able to obtain pet food, simply recall it. It’s one less source of damage but at least you ensure you’ll not be playing against yourself.

Now, each character has its own weapon restriction, you should equip decent gear and upgrade it frequently, use your building named Smithy to do so. Each character has its own skills as well; upgrading them is a big headache, since obtaining the respective books is a hard task, they do not drop so often. This is very important because the higher your gear and skills are the better is your performance in the field. 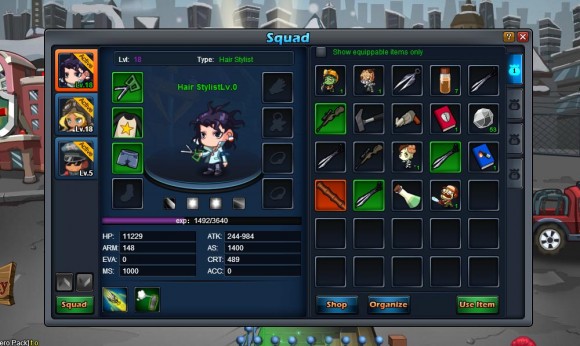 As your agent, yourself, level up, you’ll be able to upgrade your buildings and your chances to get better characters will increase. Jenny’s Dive is your tavern, where new characters can be recruited. Common or white characters are the weakest in game; green are called the experienced ones; orange are quite good and are nominated as veterans and finally, the most powerful are the expert, shown in purple. Note that, whenever you obtain a new squad mate you’ll need to train him, transfer experience from another character in Gainz Fitness or practice in lower level areas in order to manually level up. If you bring this low level character to high level zones, he/she will immediately die and you’ll be fighting with just two units.

Another important tip is to create an equilibrated squad; you need melee and ranged units. Ranged normally have better damage but lower defenses, getting three of those can be quite risky, unless you can perfectly dodge enemies with three characters, you should get at least one tank. Those are mainly the basic preparations for battle; let’s see now what to do once you face the real danger.

Strategies and Tactics in Battle

Once you start a fight, you should quickly rush for the center of the map. This way you can be sure you won’t get surprised by enemies spawning right at your back. Then you should place your range unit behind your tank, you’ll need to do this depending of your enemies’ position. If there are many enemies in the map, you should kite them, what’s kiting? It’s a way to walk and attack, avoiding being hit; you should do this with your ranged units mostly. Now, when manually fighting your units do not react, they’re extremely dependent on your orders so you need to be very quickly and agile to command several tasks to all of them. Remember to always set a target to each of your units and kite enemies if you’re being overwhelmed.

Every character has two spells; one of them is generally a disable such as a stun or fear. I advise using disables when you’re in trouble or at the start of every fight. Stunning means delaying being hit, it somehow buys you more time to deal damage. The skills have a long cool down so you need to use them wisely. Focusing one target at the same time may be a good idea, the faster you take one enemy down, the less damage that opponent does.

If you have one character dying, move it behind the others, even if it’s a tank, if your character dies it will receive less experience, so try to maintain everyone alive until the end of every battle. 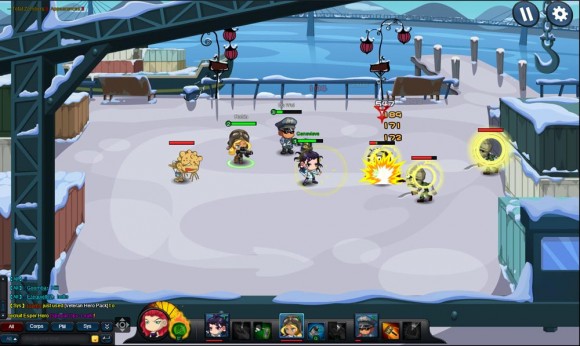 Here you go, if you follow this strategy you shouldn’t have much trouble succeeding in Zomber Squad.