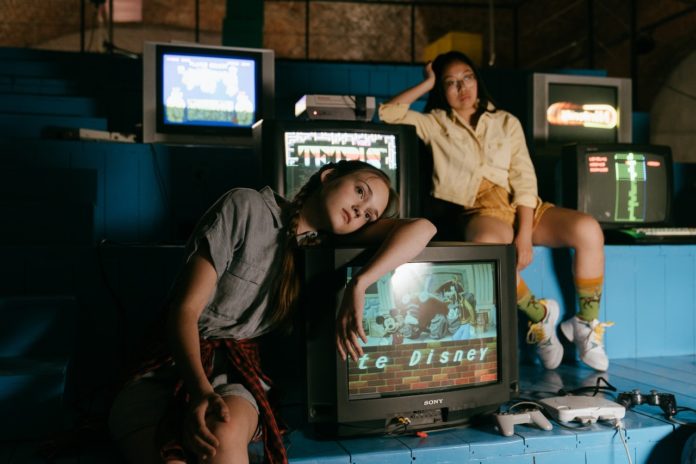 We all know about the damsel in distress trope of video games but it’s been a while since Mario saved the helpless princess peach. It has also been a while since Zelda has been abducted and then told to follow her saviors. The current scenario has demanded change and that’s exactly what the gaming world has given it. Women are already making up a strong  41% of the consumers of video games, it’s natural that the makers and gainst have noticed this. So it would be unfair if we didn’t give due credit to the recent makers who have given women a lot of space and strength in the gaming world.

Here is a list of our favorite powerhouses of video games

Ellie (The Last of Us)

Ellie (The Last of Us) is one of the youngest characters, but the fan base has been growing up with her. She is more than capable of fighting against zombies and sometimes even horrible humans who happen to be all brown up. She is also immune to zombie bites, that’s not all she is one of the coolest fighters that there are with a very strong life force making her worthy of our list.

News flash: Lara croft actually doesn’t have any superpowers, shocking right? She has come this far in Tomb Raider games all on her own power. She is also one of the most well-known characters who can never go out of style. Everything we know about her makes her sound like a liability to an adventure and yet she defeats armed people one after another and also manages to solve some of the most mind-boggling mysteries that there is.

Thanks to the movie franchise of this game, we know and love Jill as this powerhouse who has survived so much. She was one of the original characters in the resident evil saga. Making her playable character has certainly played off, the woman has fans that worship her for her strength and power.

The name itself should be enough to describe this character. She has the power of teleporting, sometimes she is so fast that it’s impossible to keep a track of wraith. Due to this speed and strength, she is bulletproof which makes it even more difficult for her enemies to control her let alone defeat this goddess of war.

Kronika if you have played mortal Kombat then you know is the strongest character in the mortal Komat series, she has almost wiped out an entire multiverse. She was one of the only characters who were able to fight against a mortal god. Her powers are being able to control time and the world, if you follow the marvel universe then to explain what she is truly capable of try imagining a child of doctor strange and scarlet witch except she is even stronger.

She has multiple abilities, in the game, her abilities are called objects of power. It’s interesting because she doesn’t start as strong but she develops strengths as the game progresses. She has telekinetic abilities to lift things around her, she is also capable of creating an invisible barrier around her that can be used as a shield that protects her. She can also fly making her quote a handful,

She has a very strong connection with the spirits making her capable of attacking enemies that might be far away. She can move objects around her and if that’s not enough she is trained by the military, she is a threat to the gamers and a real threat to the ones against her.

These are just 7 names, there are many more who have made the gaming world look much better than it started as. All these women have their own stories, character arc, powers, and weakness, they are treated as contemporary even in the game that is not about them. It’s too easy to say that the gaming world, especially the corporate side of it, is focusing on increasing its female fan base, we have to realize that because these characters are so well made and well written even the male population enjoys playing them. The main reason for that is how the new generation of game developers are stepping away from the boring and self-serving trope of the damsel in distress.