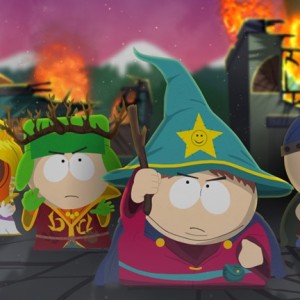 Ubisoft North America president Laurent Detoc discussed with IGN the vision his company has with the long delayed South Park: The Stick of Truth. The RPG adaption of the popular comedy show was supposed to come out in early December, but Detoc explained that the team over at Obsidian needed more time to complete their vision alongside South Park creators Trey Parker and Matt Stone. After Ubisoft purchased the IP from the now defunct THQ back in January, it took time for the french company to understand the philosophy behind the game.

“Do we want to have a fight with these guys and ship the game without their support? Be the guy who did the bad South Park game? Or do we bite the bullet and say, ‘fine, give it another six months and see if we can get there?’ In the end we had to give it another nine or 10 months. That’s more than we thought. But we really reshuffled the cards dramatically with this one,” Detoc said. “It was trickier, because it was a third party–both Obsidian and South Park Digital Studios are third-parties–in addition to what we’re typically dealing with. So this one was more complicated. In this particular case, if you keep those two guys engaged, Matt and Trey are really funny guys. They want to put their hearts into making the game better.”