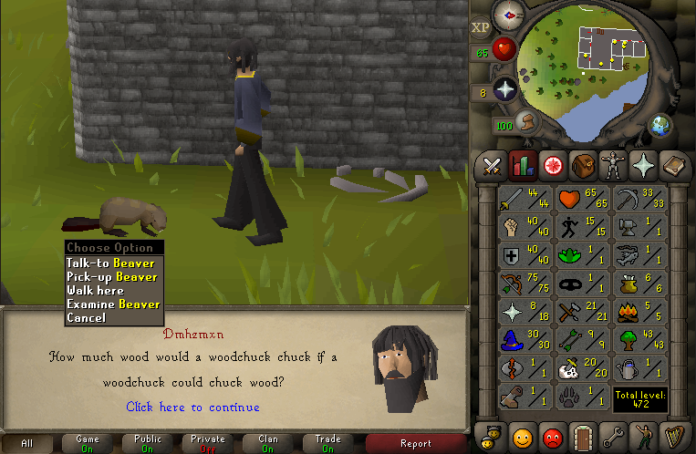 I know I’m old because whenever I get a a bit of free time – I want to play the games that made my young years special. Games like Runescape, Lineage 2, World of Warcraft – where I’ve spent thousands of hours having fun. And one of my recent favorites – the Old School Runescape.

Old School Runescape – known also as OSRS – is a great game developed by Jagex that improved the Runescape feeling. Moreover, slow and steady they actually launched an Android and iOS apps last years in October.

But, why exactly I love playing OSRS?

This is a special MMO. Yes, it might look as a 3D Super Mario Bros but its unique gameplay make it special. The graphics are not as cartoonish as in World of Warcraft and frankly I believe this adds to the charm of the game.

The game might feel a bit ‘ grind to win’ – but it feels rewarding to achieve those goals. And as the game goes and you move forward, the game is giving you more and more content. Progress is rewarded, unlike some other games where you need to grind your way up and you get nothing.

Another awesome thing is the fact that you are not locked in a class. This is something i’ve always hated as no matter what class I would play in a game, there was for sure another class that would easily kick my ass. Here its way more easy. One day you can farm with a bow and the next day you could get a trident and become a magician, that simple.

I still believe in a saying that states: You get what you’re looking for. Are you looking for trolls? You could easily find a lot of trolls here. Are you looking for nice people to play with? Yep, those type of people are here too. After all, we’re talking about the game that got over a million downloads in under two weeks – and the most downloaded mobile game in eight different countries.

Most of the people I’ve met here are people over 25 with a steady job that are just looking to relax after a hard day at work. But this is what I was looking for, people like me. Anyhow, I made a few real life friends on the classic Runescape – but not on this one, yet. But the player base is amazingly diversified – probably one of the things that makes the game so awesome.

Another thing that I loved at the old Runescape was the fact that I could sell some of my gold to get real cash. There were some times where I was making around $50-$100 per weekend while playing. Sounds amazing, right? Well, OSRS is not so different at this chapter.

You can always sell a few of OSRS Gold and get real dollars for it. If you’re like me, and you don’t have so much time to farm lately as the job is pretty exhausting – you can easily spend a few bucks to get that item that you want but you don’t have 10 hours to farm for it.

I could go on and on about OSRS. Its something that I’ve played for a long time and I’ll probably keep playing it. There are more reasons why I love, it, but you need to play the game to understand it.