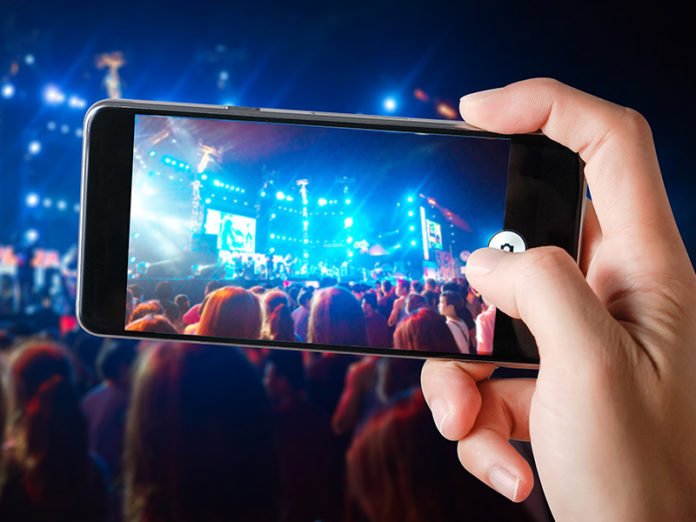 E-sports and video game streaming are two completely different genres of profession connected by a common thread- Video Games. However, the two are being seen interchangeably these days, where e-sports is gradually making it to the mainstream public media with grown popularity among video game lovers, associated brands, and live streamers.

Thanks to the popular video game streamers on Twitch and YouTube, youth today look up to gaming as a lucrative career. Gradually the proverbs like “Gaming won’t feed you” are fading way along with the stereotypes that discourage gaming as just a way to pass your precious time.

So, how it all started? Was e-sports a thing before live streaming platforms became prevalent?

State of e-sports then and now

E-sports is old. In fact, much older than live streaming itself. It was there even when the internet was not accessible to the masses. The first known e-sports tournament took place in 1972 at Stanford University, where students were invited to play and compete on a game called Spacewar. The competition was named as “Intergalactic Spacewar Olympics” with a prize pool of one-year free subscription to the Rolling Stone Magazine.

E-sports was not known to many for a long time. Only after traditional TV channels started broadcasting the big events, it became a little prevalent among video game lovers. However, we saw a major breakthrough only after the grown penetration of the internet and the introduction of accessible live streaming software solutions to the masses.

Where the late 90s boosted e-sports through traditional TV broadcast, the early 21st century enhanced its growth with the internet enabled video games and associated networking technologies. In the 90s where game events were limited to the LANs, for the first time, we saw multiplayer games played over the internet. Games like Counter-Strike, Quake, and Warcraft became extremely popular, encouraging masses to play them for fun, if not for professional goals.

E-sports genre was largely benefited from the emergence of accessible live streaming services. Where the 21st century was experiencing a boom in internet connectivity, the live streaming platforms were too evolving with it. From complex setup involving expensive hardware to free platforms like YouTube Live, it was a long journey to make live streaming accessible to the masses.

2011 saw a major breakthrough when the free live streaming platform Twitch was launched. In its early days, it streamed popular e-sports tournaments. By 2013, the platform was already well-known and it gained more than 12 billion minutes of views by airing the popular game tournaments like League of Legends and Dota 2.

The modern state of e-sports is a direct result of accessible live streaming platforms like Twitch, YouTube Live, and recently launched Facebook gaming. One more factor is brand collaboration. From the days of the traditional TV broadcast, brands have been associating with e-sports for mutual benefits.

However, today, brands are also tagging along with video game streamers, who can influence their audiences’ perspective towards different gaming and associated brands. With collaboration and sponsorships, streamers have been able to stabilize their income and continue streaming as a lucrative career option.

How to become a video game streamer?

Becoming a video game streamer is not a challenge. You can simply register on Twitch, YouTube, Facebook Gaming, or Nimo TV and start your video game channel in a few minutes. However, using video game streaming as full time-career is indeed a tough nut to crack.

But, having a gaming channel is just a beginning. If you think you have the potential and you are not just a good gamer but also a fantastic entertainer, you might want to take a leap and start your own game streaming platform.

Yes. Starting a live streaming platform like Twitch or YouTube Live these days is quite an easy job with modern day live streaming software solutions. The best thing, you don’t even have to build your infrastructure, as you can get it ready-made.

If you have been streaming games for a long time and have acquired a good hold on your followers on Twitch or YouTube Live, starting your live streaming platform will take everything to the next level. People who have been paying you through Memberships or Superchats on YouTube and Twitch won’t mind buying a subscription plan on your own platform. Alternatively, you can let them access the site for free while you can earn through embedded Ads just like YouTube.

Here are the things you need to start a video game streaming service or platform of your own:

The domain name and hosting server are required for any website you want to launch. However, the main component is a CDN. You see, live streaming is quite a complex phenomenon. It involves a lot of hardware, networking, and routing of data packets across the internet.

A CDN shares the load from your hosting server and ensures the stream is latency-free and seamless even with billions of users watching concurrently. There are various CDN services you can choose from. Example AWS, Redis, etc.

Next is live streaming software, which connects different hardware and software together to make the stream possible. You would need encoders, decoders, stream manager software solutions, capture devices, webcams, and microphones to setup your stream. The live streaming software connects all these components into one and allows you to manage them through a central dashboard. For example, OBS.

The trickiest part is how to make a live streaming website. See, even YouTube and Twitch use the above-mentioned components, but those components are hardly known to the common users who watch the streams. All that they know is a website called YouTube or Twitch.

A website builds the connection and offers various ways to engage users to a stream. From the features to create a user account, like a stream, comment on a stream, search a stream, to purchase a subscription plan, everything is managed by a website. Of course, it’s a complex architecture made by various other subcomponents and all above-mentioned elements into one. Components such as:

It’s an intricate task, and if you go for website development from scratch, be ready to spend millions on the development cost. Cost of the APIs, salary for the developers, cost of the hardware, and outsourcing all combine together with months of the work to form a complete live streaming website.

Luckily, you don’t have to do this anymore. These days, website development companies are offering clone scripts at a very cheap cost, which take care of the development. For example, you can purchase a YouTube Clone script with a website and mobile app solutions for somewhere around $1500. The clone will offer ready-made YouTube-like features and UI, which you can customize it and set up your website in a few hours only. Similarly, you can use a Twitch clone script to start a game streaming platform like Twitch on the go.

The state of live game streaming is growing rapidly over the past few years. We have seen many new game streaming sites coming into the market and performing quite well. This niche is still in its growing form and possesses a lot of scope for new entrants. If gaming is the career for you, it’s a wise decision to take a step further and stream beyond a third-party platform. It’s clear that e-sports will only grow from here and has a lot of latitude for everyone involved- Gamers, streamers, brands, and streaming businesses. It’s time you choose a niche and capitalize on the prospects.