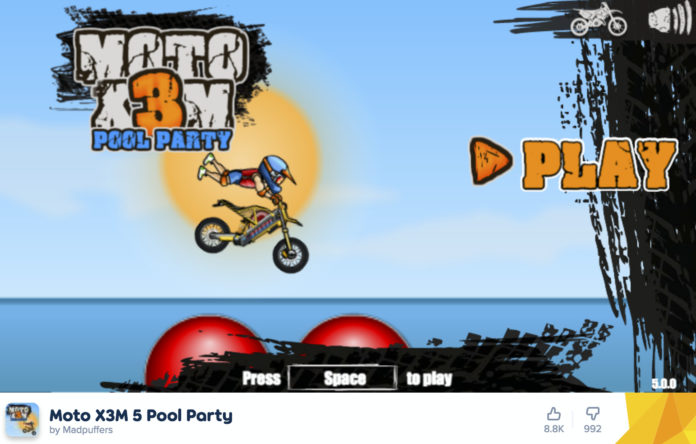 From the earliest days of video and computer gaming, driving games have always been among the most popular genres. But while being let loose in the virtual world in a sports or racing car certainly has its place, there’s something about two wheels that brings an extra level of excitement.

Perhaps it is down to the old adage that bikes can go places that cars could only dream of. Or maybe it’s something more psychological. After all, practically everyone drives a car in the real world, while getting on a motorcycle is something we all consider at one time or another, but only a minority actually do. Of course, in the virtual world, anything is possible. Here are some of the best biker games from past and present.

The original Trials game was an instant Xbox classic, and this 2012 follow-up has something for both seasoned players and those who are new to the series. The tasks and courses are as tricky as ever, but with better game physics and incredible depth. What really makes this game stand out, though, is the four-way multiplayer option. It’s proof positive that there is more to family gaming than FIFA!

You don’t need a console for a great bike game, however. The Moto X3M series has been around for a few years now and the games are available on PC or mobile. The newest arrival is Moto X3M 5 Pool Party. It puts you in control of a dirt bike rider faced with some extreme challenges, all set to a poolside theme. There are 22 levels, and once you get started, you’ll find it hard to put down. To try Moto X3M 5 play the game here for free on your PC. You can also download it to your smartphone as a free app.

Here’s a game that started life on console and PC but has now been made available to play for free on mobile. The complexity of the original game suggests that this ought to end in disaster, but in fact the developers have done a great job. The pared-down controls still make for an engaging and addictive adventure, and the ability to collect upgrades while exploring the Old West and so improve your ride, is a nice touch.

It might not have the fame of titles like Gran Turismo, but Moto GP is the go-to console game for bike racing and has been around in one form or another for the past 20 years. Sure, the latest version is built on MotoGP 18, but this is more than an annual tune up and decoke. The most exciting feature is the neural AI that has literally learned to race a bike from scratch. As a result, going up against the virtual competition feels a world away from previous versions of the game where the other bikes were just rolling obstacles on predetermined paths. It’s the closest you’ll get to battling it out of the track without actually having to put on helmet and leathers.